Unión Majomut lies 50 kilometers north of the beautiful colonial city of San Cristóbal de Las Casas. Established in 1983, Majomut (whose name translates to “land of birds”) is currently comprised of 965 members, with approximately 70 more members in transition to organic certification. Southern Chiapas is home to many indigenous Mayan communities who grow their coffee in the nearby municipalities of Chenalho’, Pantelho’, Tenejapa, Cancuc and Oxchuc. Like most producers in Mexico, Unión Majomut was hit extremely hard by Roya during the 2012/13 harvest and they continue to be affected by the fungus today. In just three years, the cooperative dropped production from 21 containers to just five. Since 2013, the group has been focused on increasing productivity and has implemented an interactive training program for members, enlisting 50 agriculture promoters who educate producer members. They focus on proper selection of cherry, nursery building and maintenance, quality control, worm composting as well as helping members to secure access to micro-financing.

Production continues to increase year after year as renovations are becoming more prevalent across the region. Each member has roughly 1 hectare of land, but yields are still quite low with an average of 1,000 pounds of parchment (equivalent to 10 quintales) per hectare. Currently, most producers are focusing on the production of Bourbon, Typica and Mondo Novo. Because the current coffee production still does not provide adequate income on its own, the majority of Majomut members have secondary jobs in a specific trade, such as equipment mechanics or carpentry. 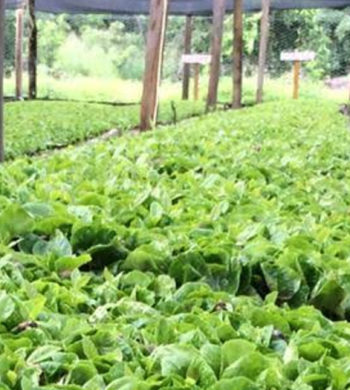