Raising the Bar for DRUGAR in Western Uganda

Rwenzori Farmers Cooperative Union (RFCU) is an umbrella cooperative producing Fair Trade Vanilla, Fair Trade cacao, and natural-process Fair Trade Arabica coffee in the Rwenzori mountains of western Uganda. RFCU started as a vanilla association in 2005, and then registered as a union in 2014 with 13 primary cooperative societies (which has since grown to 16). Most members grow at least two of the three crops as a way to diversify income. RFCU’s members pick coffee from 1000-2,500 masl, operate in 5 districts within the Rwenzori region, have 3 micro drying stations, and are eager to learn additional agricultural practices and find a market for traceable, certified, high-quality natural arabica coffee.

A lot of natural arabica coffee in Uganda is sold as DRUGAR (DRied UGanda ARabica), and the cherries are strip-picked, dried directly on the ground, and sold to local buyers who process in bulk. RFCU is working diligently to change that, offering their members pruning tools, drying their cherries on raised beds, and working hard to access pre-harvest financing and bring their product to market. Farm sizes average between 1-2 acres, primarily with SL14 and SL28 cultivars. At each of the cooperative’s three micro washing stations, cherries are floated in fresh water, the floats/unripe cherries are removed, and then the ripe cherries are passed to sorting tables. The cherries are sorted and stirred continuously on the raised beds for around 2 weeks until reaching 12-12.5% moisture, where they are then taken to the dry mill to be hulled, graded, and sorted.

When Atlas visited in January of 2019, we were encouraged by both the quality and hard work that this group is doing with limited resources, and are thrilled to be importing their first coffee into the North American market, expected to arrive in early 2020. 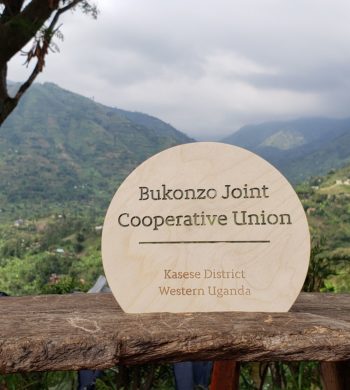