An Audio Tour Through Rwanda and Uganda

From January 30th through February 12th, I had the opportunity to attend the annual Africa Fine Coffee Association (AFCA) Conference in Dar Es Salaam, Tanzania, as well as visit several cooperatives in Rwanda and Uganda. Instead of standard trip report (words + pictures) I thought I’d provide an audio-tour throughout my time in Rwanda and Uganda. Each clip is between 5 and 25 seconds, and below is a list of the audio clips in order if you want to follow along. 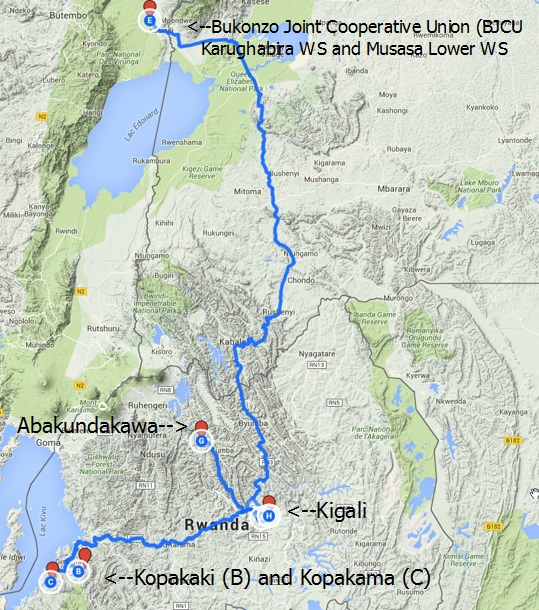