Cupping happens. And in order for cupping to happen, coffee must be roasted – enter the sample roasting process. 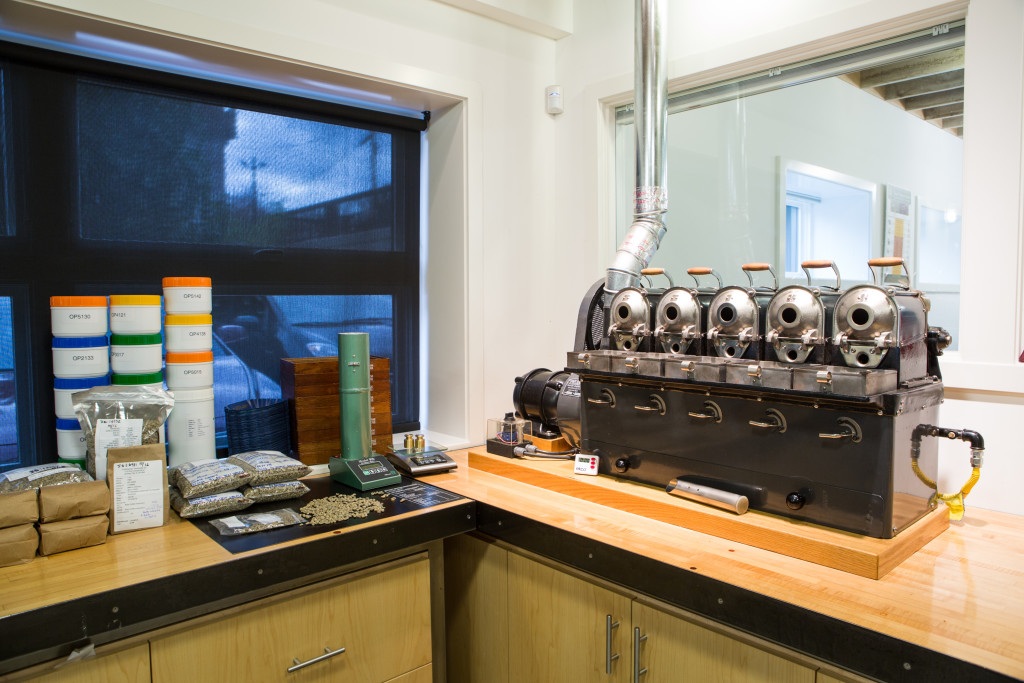 Cupping originated as a quality assurance process to determine whether a given lot of coffee met the standard for the product and to ensure that it was free of defects prior to entering production. As a tool for buyers to ensure that the quality expectations for the raw product are met, it has historically been more of a pass/fail test. The question asked has been: Is this coffee free of defects and does it meet quality expectations?

As such, the roast level needed to be light and “neutral.” Sample roasters were not seeking to find the best profile for a coffee, or cater to consumer tastes, but instead generate an optimal situation for determining the uniformity and usefulness of a given coffee sample. Sample roasts were required to be “light” primarily because darker levels of roast might obscure some of the clarity desired in this effort of observation and may in fact even mask issues of uniformity and defect. If there were issues or defects to be found, it was the sample roaster’s job to roast in such a way as to lay the coffee bare for observation, where all faults and flaws would be noticed. It was generally accepted, until the latter half of the last decade, that the roast level of a sample roast was too acidic to appeal to consumer tastes. 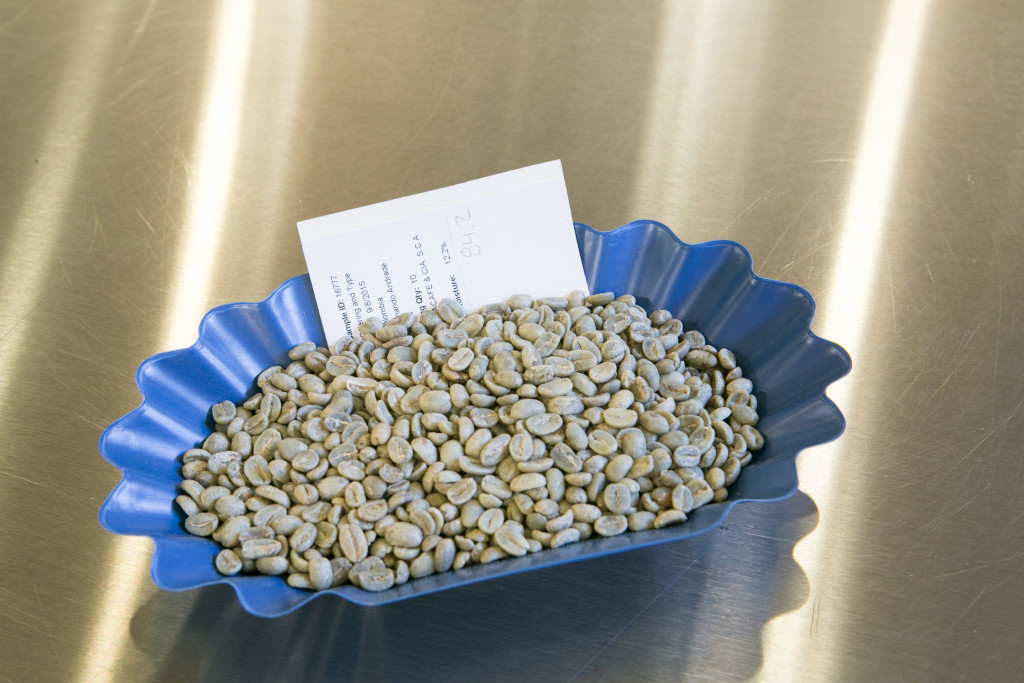 The samples that coffee is purchased against are generally small (250-500g on average) and only around 60 g is required for a cupping evaluation. As a result, in sample roasting we are generally seeking to prepare only a tiny mass (generally 80-150 g) of coffee for each lot under evaluation. Over the last 100 years or so, equipment has been developed that is specifically designed to roast and prepare these tiny samples for evaluation. While in production roasting, the operator generally focuses on one batch at a time, in sample roasting, a single operator might operate 2, 3, or even 5 drums at once. Given that most outfits that engage with coffee on this level regularly received a significant volume of samples, multiple barrels are necessary for the sake of efficiency. In this way, as many as 5 samples can be prepared every 10 minutes. 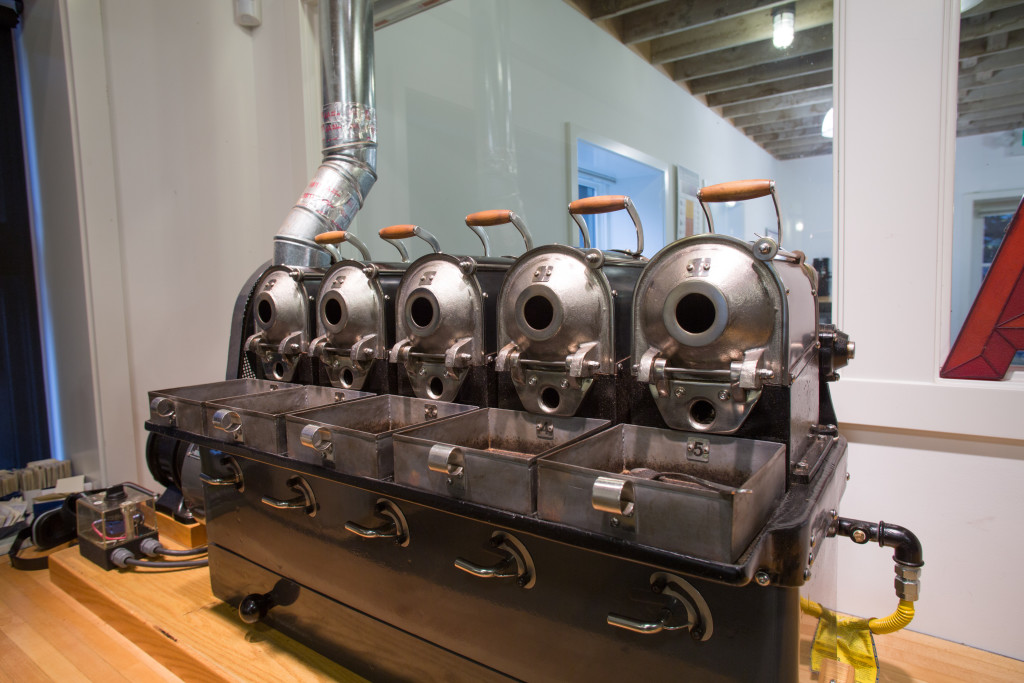 Because generating and repeating ideal profiles for each coffee was not the intended purpose of the sample roaster as a tool, the design of most sample roasting machines is elegantly simple, with burner, barrel, and airflow. Rather than looking at temperature numbers, the coffee is roasted by paying attention – by observing color, smell, surface development, and by employing a well-developed sense of roasting intuition. 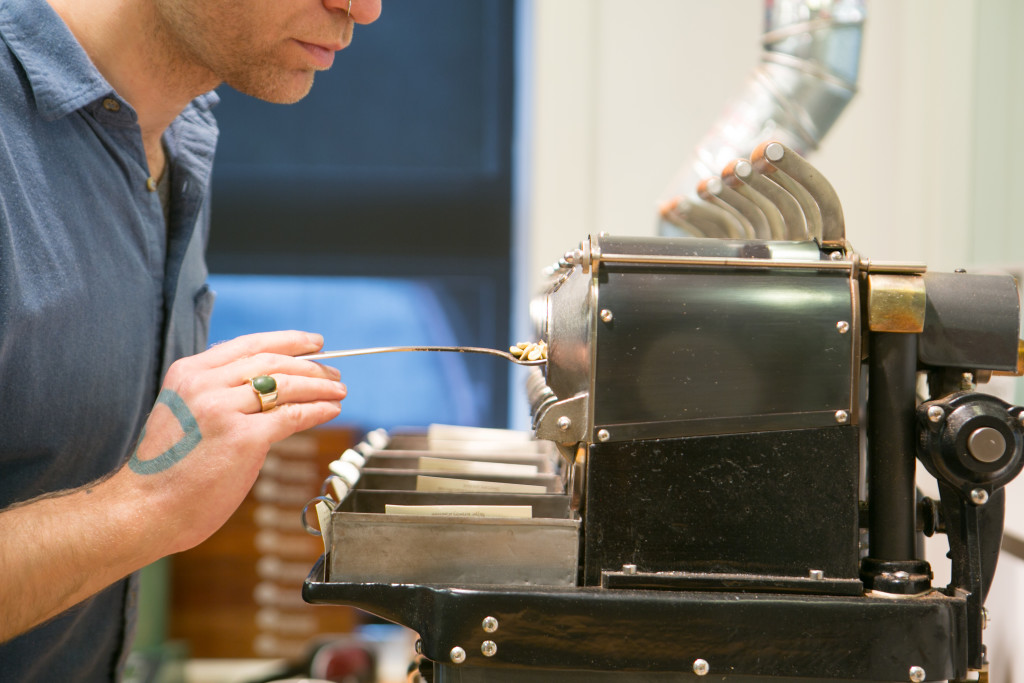 The goal of sample roasting is to prepare batch after batch in a uniform manner. Consistency in sample roasting is routinely touted as the primary goal of the process. Every batch should be roasted in “the same way” so that roast is not a variable in the decision making process of the sensory team. The roast itself should become invisible, only acknowledged as a means to make available for observation the qualities of the green coffee itself. 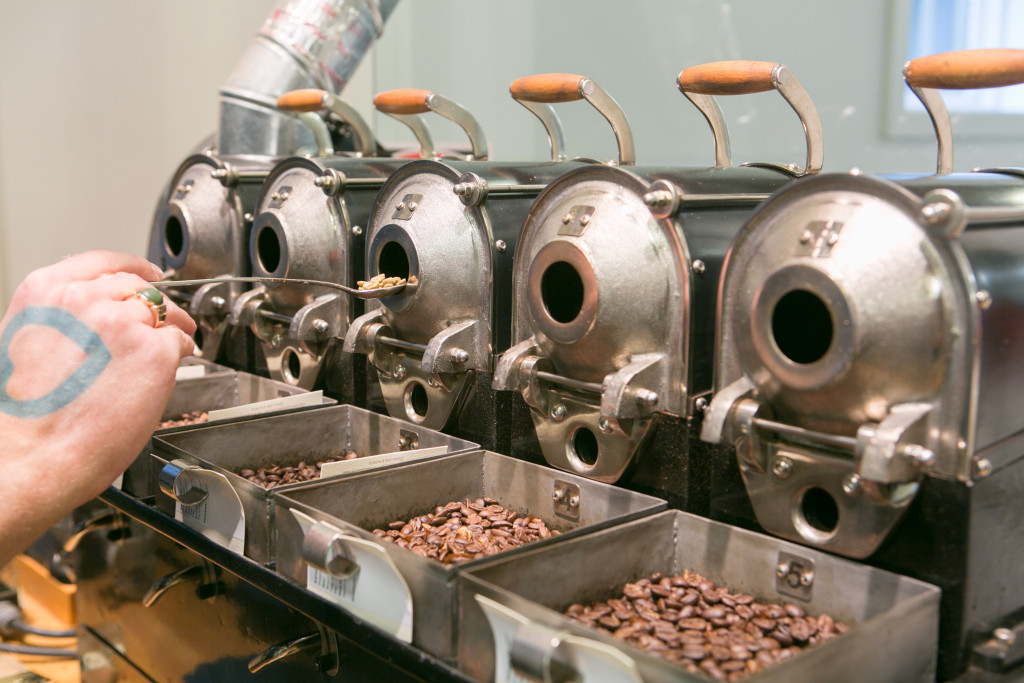 Noting the need to create a shared consensus idea of best sample roasting practices, so that labs around the world could adopt the same practices and speak in the same language, the SCAA has published protocols for sample roasting. These include recommendations like:

A word about color. The SCAA has historically called for sample roasts to be light to medium light. This has been quantified by either visually comparing the coffee to an Agtron #55 color tile, or using an Agtron machine to verify that samples receive a reading from 57-59 as whole bean coffee and/or 62-64 as ground coffee. Ground Agtron readings being more accurate, the standard has been recently updated to simply 62-64 ground, doing away with the whole bean standard altogether (which of course carries with it practical challenges when most sample roasts are less than 100 g roasted weight and around 60 g are required for cupping). 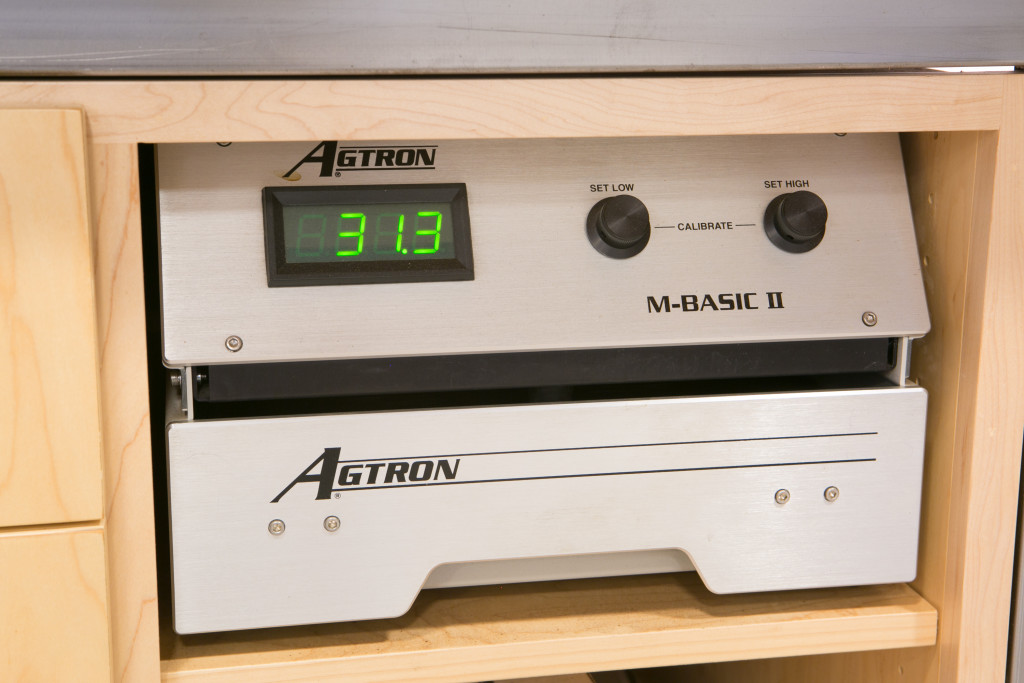 It is worthwhile to note that the roast color standard for sample roasting is now darker than production roasts in certain segments of the industry. The reasoning behind the standard as is exists is based on an understanding of the development of the three aroma groups that are found on the SCAA flavor wheel. Each of these three aroma groups – enzymatic, sugar browning, and dry distillation – develop and reach their peak sequentially as three separate bell curves during the course of normal roast development. The enzymatic and sugar browning compounds have generally been recognized as desirable and essential to quality assessment, while dry distillation compounds have been recognized as a hindrance to accurate and fair quality assessment. 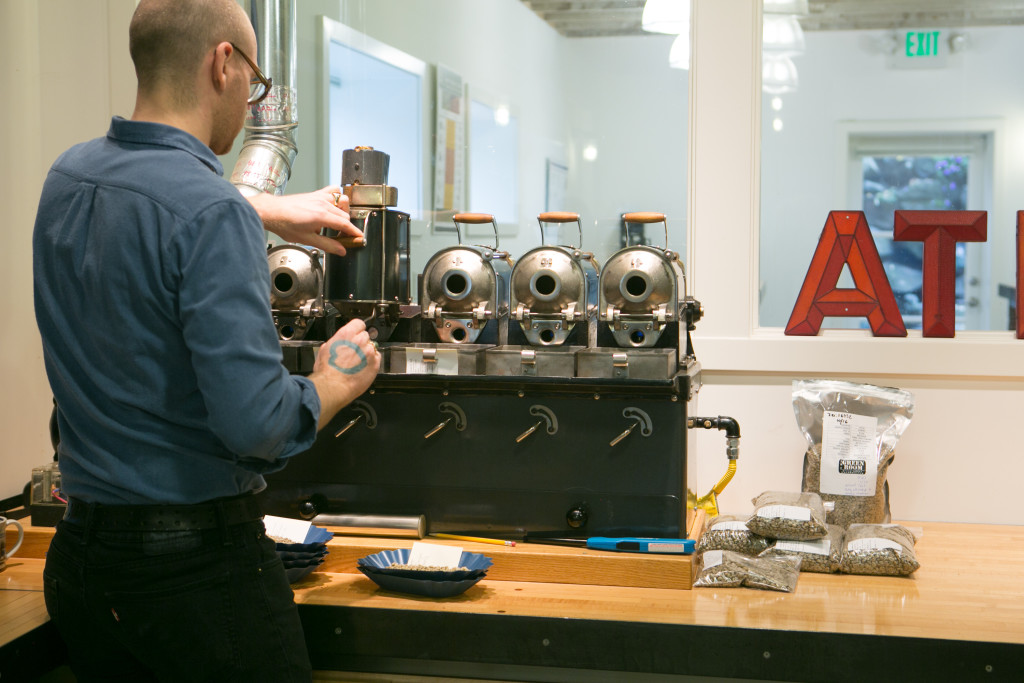 The standards as they exist are an attempt to quantify a point in roast development that maximizes the positive aromatics while completely avoiding dry distillation compounds. This is accomplished by arresting the roast approximately halfway between the peak of the enzymatic compounds and the peak of the sugar browning compounds. Of course, coffee itself (along with our tools for measurement) further complicate these efforts, as no two coffees are ever alike in the exact composition of their aromatic compounds.