Each year as summer in Seattle starts to wind down, we head south to Colombia and the main harvest of the department of Huila.  The lion’s share of our coffees from Huila come from two groups: cooperative ASPROTimaná based in the beautiful little town of Timaná, and an association of farmers from the small community of Monserrate and surrounding veredas (villages.)

Timaná is located just north of Pitalito in the southern area of Huila, situated between two small ranges of hills which are themselves between the eastern and central cordilleras (mountain ranges.)  The diverse topography creates countless micro-climates, each with their own terroir and harvest timing.  It’s not unusual to find farmers on opposite slopes with entirely different cup profiles and crop cycles, which makes Timaná an extraordinary resource for outstanding coffees.  Coop manager and superstar farmer Robinson Figueroa hosted our group with aplomb as always, and was most proud to show the cooperative’s new offices, cupping lab and warehouse space.  It’s incredible to see how much they’ve accomplished since our last visit in 2016.  Quality of coffee and quality of life for the coop members are their highest priorities, no doubt about it. 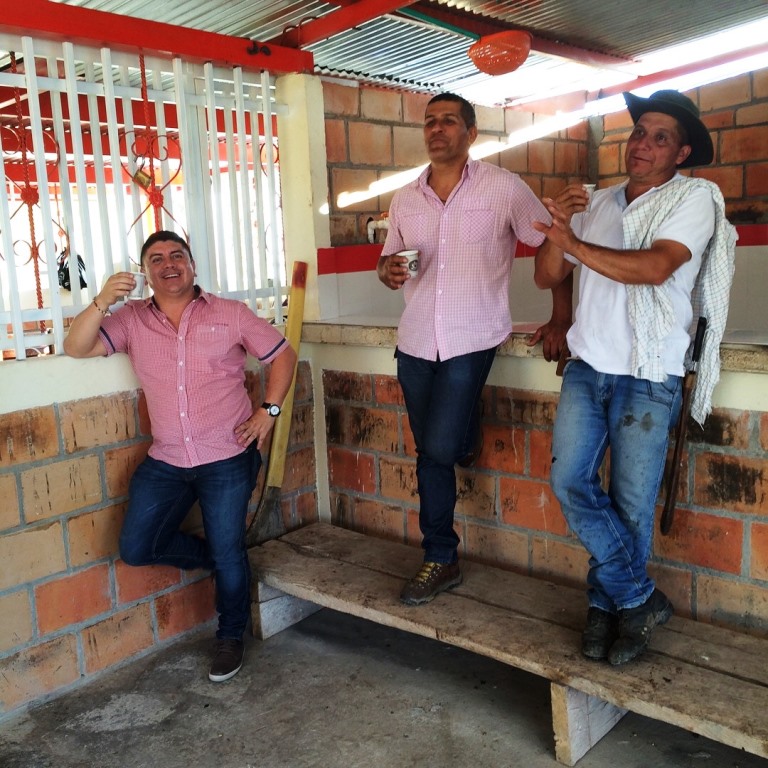 The timing of the crop largely determines the dates of our annual “Lo Mejor de Monserrate” micro-lot competition, held in and around the coffee farming community of Monserrate in southern Huila.  The best quality coffees consistently come from the highest altitudes, which are usually the last to harvest.  In 2016 we were a little earlier than would have been ideal, with nearly a third of the harvest still on the trees as we cupped through the best deliveries the Monserrate farmers had to offer.  This year in 2017 we planned our visit and event one month later than in 2016 and ended up in the same situation.  The coffees were amazing, but lot sizes were tiny (many between 1- 5 bags) and the trees still loaded with ripening cherries.

Much of our time during the “Lo Mejor de Monserrate” event is spent in the bustling commercial center of La Plata.  Colombia’s national vocational training agency SENA graciously provides us with space, staff and equipment for the competition each year, and we couldn’t ask for a more gracious host.  La Plata also boasts some of the best buñuelos and empanadas you’ll find anywhere, and the cathedral in front of the parque central is spectacular. 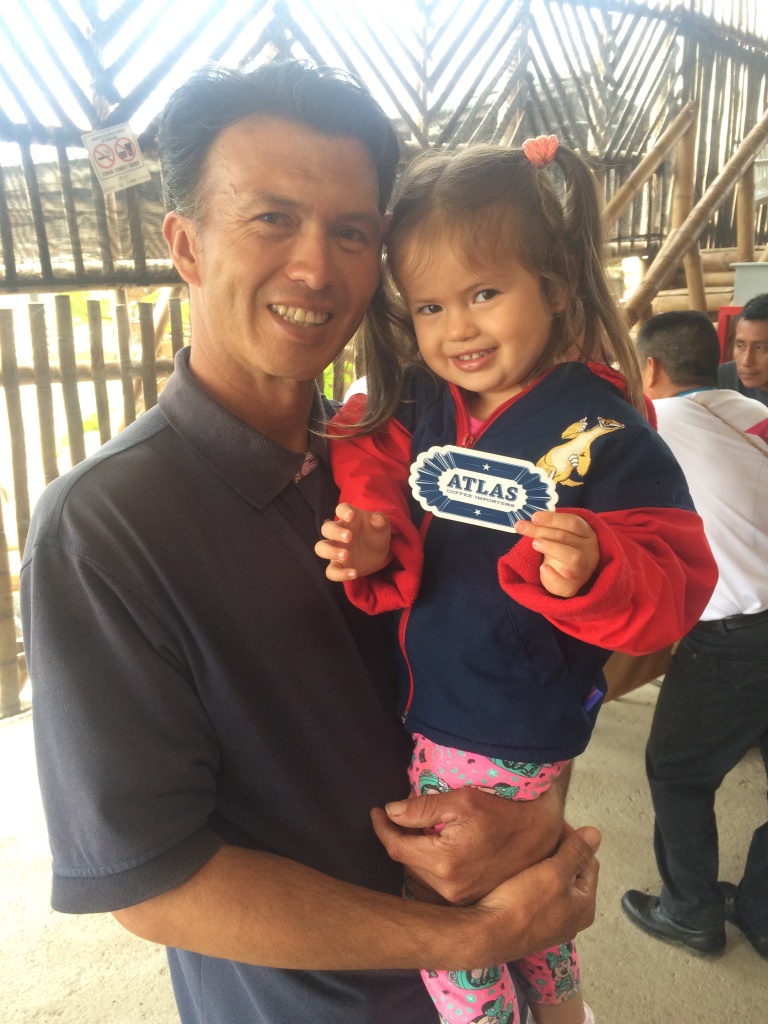 This year we were lucky to spend a lot of time in the veredas of Alto Patico and La Mesa, thanks in part to the much-improved condition of the roads from La Plata to Monserrate.   Both veredas are technically considered part of Monserrate, despite being located around an hour's drive from the center of Monserrate proper.  Time with the farmers is always the highlight of our trip, and we were able to share a few meals and a few miles walking through the farms with some of the personalities that have graced our offer list for over ten years now. 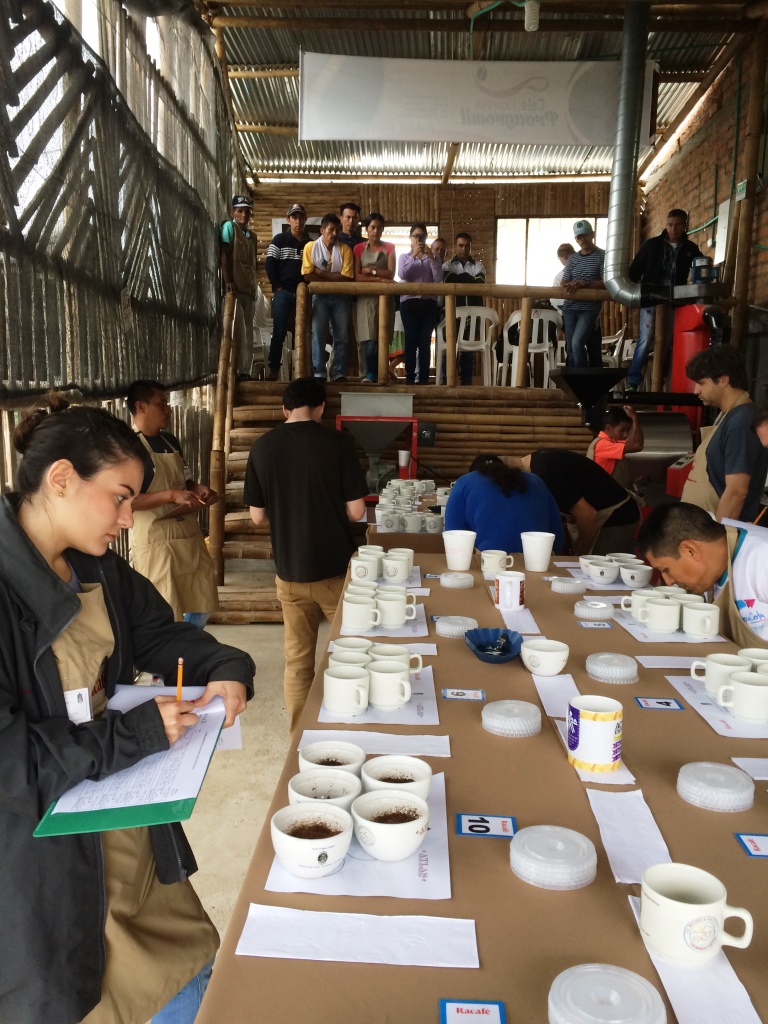 Cupping the final round of "Lo Mejor de Monserrate"

The annual “Gringos vs Productores” soccer match is always a much-anticipated element of the contest.  As usual, we got our rears handed to us.  Thankfully (mercifully) one of the hotshot youngsters from the farmer side changed his jersey quick and jumped in our goal box for the second half.  Can’t lie, he actually played the whole field and scored half our team’s goals, and let us keep at least part of our fragile egos in the process. 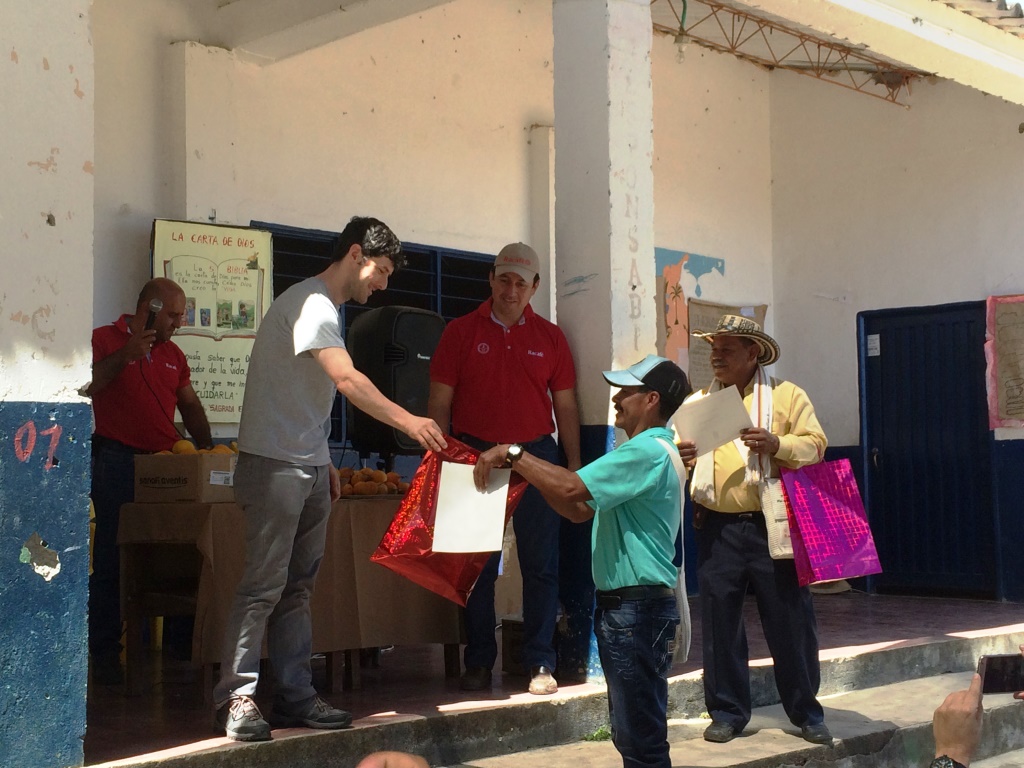 After crowning Sr. Hernan Camilo Quintero 2017 “Lo Mejor de Monserrate” champion, we bid a fond farewell to our friends in Monserrate  and boarded the bus to Tolima.  Atlas has been buying Tolima coffee off and on for decades, but began developing our first relationship in Tolima just a few years ago in early 2015.  Asociación de Productores Ecológicas de Planadas (ASOPEP)  is a thriving organization of 168 coffee farming families, based in the idyllic town of Planadas, Tolima.

Located in the Andean center-west part of Colombia, in the heart of the Cordillera Central mountain range, Planadas is situated in a region capable of producing excellent coffee in high volumes thanks to ideal growing conditions afforded by its altitude and fertile soil. Far-flung and difficult to access, Planadas has remained underdeveloped for years due the strong presence of the FARC Marxist guerilla movement. In fact, it was in Planadas that the FARC was first established more than 50 years ago. For decades, coffee producers in this beautiful yet tumultuous region have found themselves caught in the crossfire and have long suffered as a result. Thanks to a recent peace accord between the government of Colombia and the rebel group, the area is peaceful once again allowing its coffee producers to more freely share their exceptional coffee with the world. 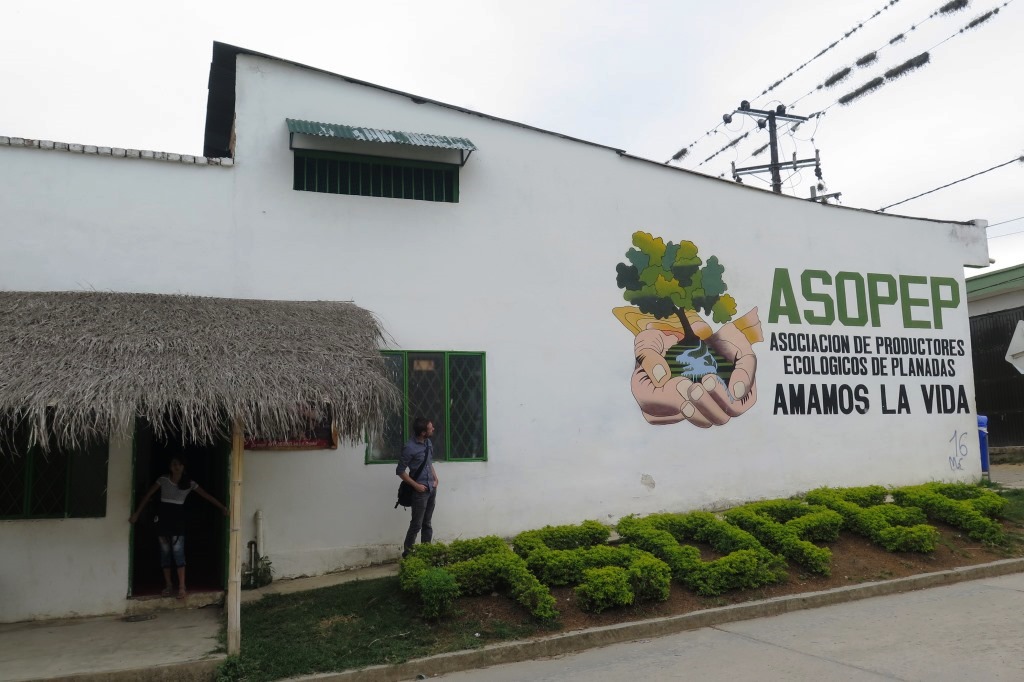 Under the leadership of Camilo Enciso Suarez, a veterinary physician by trade, the reputation of ASOPEP for producing excellent coffee has grown by leaps and bounds since its establishment in 2013. Each member of the group receives extensive quality education and training leading to the consistently high-quality coffee we’ve come to expect. Education and youth involvement is one of the fundamental pillars of the group. Due to a historical lack of employment and education opportunities in Planadas, young people have had very few options. As a result, recruitment by the FARC was common. To rectify this, ASOPEP formed a youth collective that trains young people in cupping, quality control and barista skills along with business management and education in science and technology. Members of the youth collective also spend a fair amount of time traveling throughout Colombia participating in trade shows. Compelling young people to stay in the countryside instead of moving to the cities is a problem in many coffee producing countries. ASOPEP’s efforts were encouraging to see and undoubtedly effective. It was wonderful to see so many kids clearly engaged and learning. By empowering youth, ASOPEP is helping to transform Planadas through education and optimism in the future.

View from a farm high above Planadas, Tolima.

Due to a lack of infrastructure, all of the washed coffee produced in Planadas has historically been trucked along winding mountain roads to the nearest drying facility in Neiva, Huila. Thankfully this is changing due to technological investment, and increasingly, farmers are choosing to dry their coffee in Planadas. Many of the farms are at such high elevations that they are enveloped in clouds much of the time, complicating drying. To address this, ASOPEP is working to create more drying patios at lower elevations to facilitate drying.  Organic certification has also greatly improved ASOPEP's access to the specialty coffee market, and the coop has been Fairtrade certified for years.

Our last day in Colombia was spent with our good friend Juanita Sinisterra at her stunning Finca La Fragua, just three hours from Bogotá in the department of Cundinamarca.  Lots of great info about Finca La Fragua can be found on this very site, but no amount of words can express how grateful we are to Juanita for her years of outstanding partnership and friendship.

Stay tuned to our social media and keep an eye on our offer lists for updates on these fantastic coffees arriving our warehouses in the next few months!