Brazil has an amazing variety of specialty coffee to offer, with an array of flavor profiles. This year, I got to experience that diversity when I visited several of our producer partners in two of the country’s main growing regions during the tail end of the harvest.

We return to Brazil every year, but this trip held a special significance since it marked the tenth anniversary of our partnership with Santo Antonio Estates, one of Atlas’ longest standing relationships. It was wonderful to see how years of dedication to quality is providing benefits to SanCoffee cooperative members. Over the years, we’ve seen a big shift in the mindset of their member farms to focus more and more on specialty coffee. Last year, that dedication paid off with three of their member farms placing in the Cup of Excellence Naturals competition. One of them, Fazenda Guariroba, took first prize.

Under the leadership of cooperative president Henrique Dias Cambraia, SanCoffee is increasingly gaining recognition for producing award-winning specialty coffee. By utilizing their QC staff which includes two Q-graders, along with a well-equipped cupping lab and dry mill, they maintain quality and consistency in order to add value to growers and connect them to specialty coffee buyers.

These days, Sancoffee relies more and more on technology and agronomy in the pursuit of higher quality. This is producing great results, as shown by last year’s COE outcome. Increasingly, however, they also require more educated workers, which are becoming hard to come by because so many young people move to the city. According to Fabricio Andrade, General Manager of Sancoffee and Samambaia farm, the challenge is connecting the younger generation to coffee. To do so, they have to overcome the old perception that farm work means only low-skilled jobs, and that higher paying employment can be found in the city. By providing educational training that leads to upward mobility - and jobs that are often highly skilled and better paid than in the cities - SanCoffee is changing the mindset about farm work.

My first visit was to Fazenda Vila Boa, which is owned and operated by 4th generation coffee producer Monica Borges de Souza and her family. A lot of changes are taking place this year at Vila Boa, including new raised beds for micro lots. Coffee from Vila Boa finished in the top 6 of the 2016 Cup of Excellence Naturals competition. It’s hoped that the raised beds will improve the quality of some of their already exceptional pulped natural micro lots even more. We can’t wait to try them! 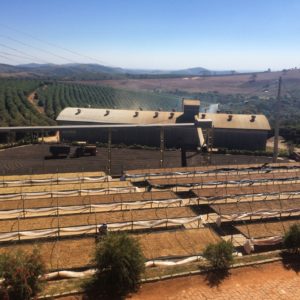 From there, I traveled to Campo das Vertentes region of Minas Gerais to visit with farm owner Marcelo Veneroso, of Fazenda Mumbuca. Marcelo comes from a long line of coffee farmers, and he took over Mumbuca farm in 2010. In the beginning, the farm was in extremely poor condition after years of neglect. With a keen eye on technology, sustainable farming techniques and soil analysis, Marcelo and his team of agronomists brought the farm back to life, and today they focus exclusively on producing naturally processed specialty coffee. Although recovering from a devastating loss to frost damage in 2015, Fazenda Mumbuca came back to win last year’s national prize in the Brazil Cup of Excellence competition. 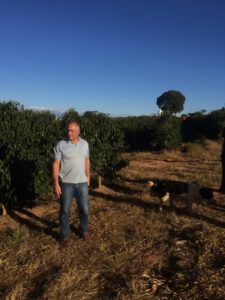 My next stop was beautiful Fazenda Cachoeira (meaning “waterfall”), a 200-year-old farm owned and operated by Miriam Monteiro de Aguiar. Miriam’s 92-year-old father, Fernando, is considered a pioneer in Brazil’s specialty coffee industry. In 1982, he traveled to the United States along with a group of Brazilian coffee producers to attend one of the first Specialty Coffee Association of America industry events and saw no specialty coffee from Brazil. At that time, they realized the immense potential of specialty coffee from their country. They returned to Brazil to found the Brazilian Specialty Coffee Association. In 1992, Miriam returned to help her father run the farm, and started producing their first organic lots in 1994.

Miriam takes social and environmental sustainability seriously. She advocates for women in the coffee industry by serving as an active member of the IWCA (International Women Coffee Alliance) and is on the board of directors for the Brazilian Organic Coffee Association.

Miriam is an immense source of knowledge, and during my visit I was lucky enough to cup some of her delicious coffees and learn all about organic coffee in Brazil. 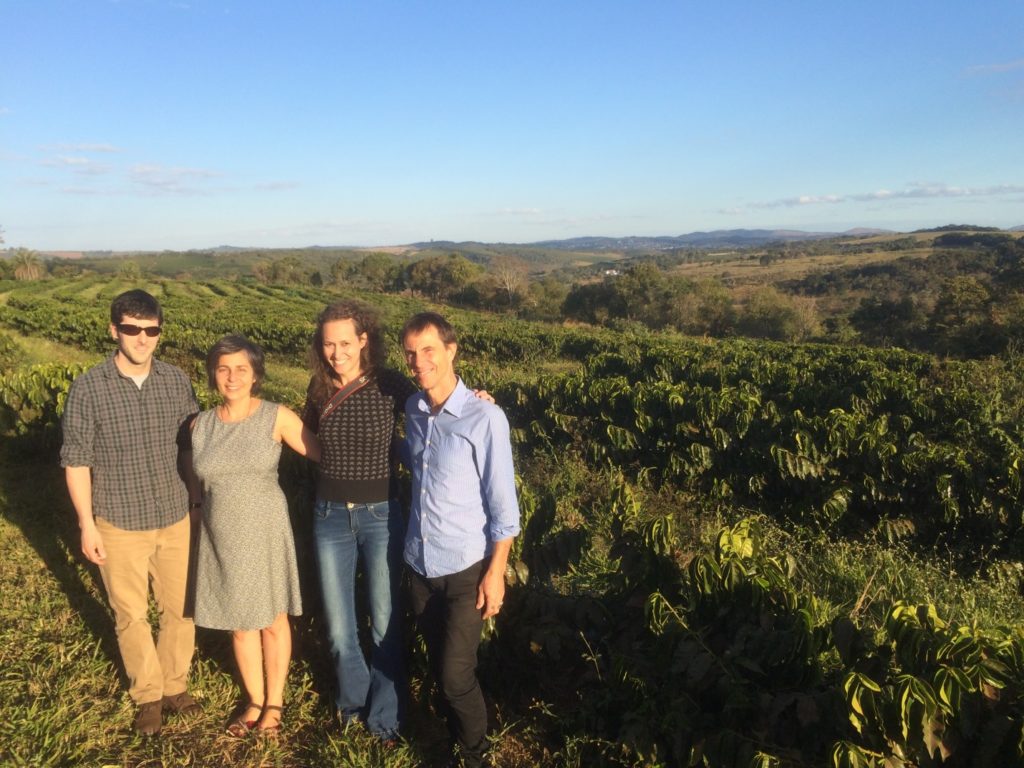 After leaving my friends at SanCoffee, I traveled east to the Instituto Agriconomico de Campinas. The IAC is the oldest agricultural research institute of its kind in Latin America and was founded by Emperor Dom Pedro II in 1887. I met with the lead researcher and agronomist, Dr. Gearson Giomo, who heads up the specialty coffee program at the IAC. His goal is to map the genetic sequence, and gather data on specialty varieties from all over the world. He also hopes to study cultivars with no discernable commercial value, whose genetic make-up could hide useful properties.

The IAC has a germoplasm bank with countless varieties, some familiar and some strange. It was fascinating to see a tiny dwarf variety with miniature berries, barely recognizable as a coffee plant, next to a towering 70-year-old variety with a thick and gnarled trunk.

Unfortunately, these days the IAC is running into problems due to lack of funding. In the past, the institute’s research was supported largely by government funding. Sadly, due to a 5-year long economic crisis, the money has dried up. Dr. Giomo used to have a team of researchers at his disposal, but today he is down to only one. All is not lost, however. With the lack of government funding, organizations like Sancoffee are stepping in to help. Currently, the IAC and Sancoffee are working together to develop a varietal garden. 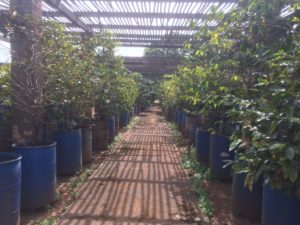 Leaving Minas Gerais, I traveled to the southern growing region of Paraná to visit enterprising producer Luis Saldanha at Fazenda California, part of Capricornio Coffees. Fazenda California is a beautiful farm in the Norte Pioneiro do Paraná that was actually first established by a California-based American coffee company in 1920. The Saldanha family acquired the farm in 2004 and has been gaining a reputation for quality ever since. 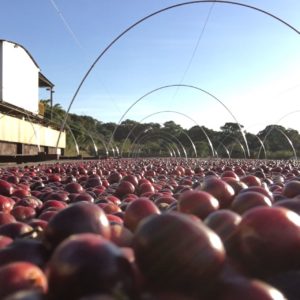 Luis is working with forward-thinking Salvadorean producer Aida Batlle for selected lots at Fazenda California. By combining cutting-edge agronomical techniques along with Aida’s post-harvest wizardry, Fazenda California is working to produce some beautifully unique Brazilian coffees.  As an example of the meticulous process that Luis undertakes, painstakingly harvested ripe cherries are depulped and fermented following Aida’s “Kenya” protocol. In this method, the mucilage-covered beans are dry fermented for 48 hours and washed every 12 hours. The mucilage is then completely removed, and the beans soak for another 24 hours before being set to dry on African raised beds. Other variations of Aida’s protocols include a range of dry and wet fermentation times, with some including the addition of yeast in the fermentation tank.

The harvest is officially over in Brazil, and samples are starting to roll in. Look for fresh crop arrivals from Sancoffee including Flor de Ipe, Samambaia, Estate Classic and some very special AFASA micro lots hitting our offer list soon.