Years ago, Atlas received a pre-ship sample of a Tanzania peaberry coffee that was one of the best Tanzania samples we’d ever cupped. We eagerly awaited the arrival sample, but a tiny, solitary snail thwarted our plans when it decided to hitch a ride to the New World on our container. When the coffee arrived at the Port of Seattle, the container was flagged because the FDA hadn’t yet developed a protocol for this particular species of snail. Folks in Tanzania were saying the snail boarded in Hong Kong (transshipment location), folks in Hong Kong were saying it got on in Tanzania, and all we knew was that we had a rejected container of 42,500 lbs of delicious specialty coffee due to that one little snail. Atlas cut its losses and sold the container to a company in Germany since Germany did have an agricultural protocol for this particular snail.  Lucky ducks (and lucky snail). 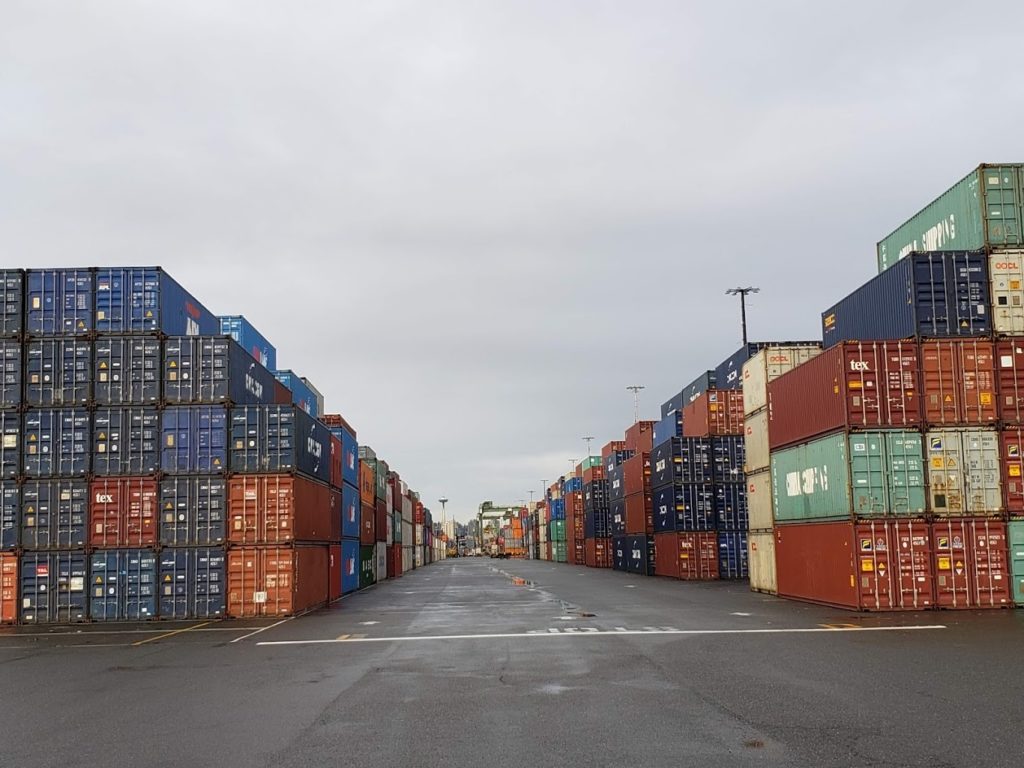 All this to say, sometimes you and your supply-chain partners make every effort to bring in a great coffee, and extenuating circumstances—whether it be roya or a particularly humid warehouse or mis-marked bags or a port strike or a snail—can metaphorically punch you in the gut. It’s a humbling—and costly—experience, and a good reminder of the complexity of the supply chain, the fragility of agricultural products, and the miracle of all the coffee that does arrive to its destination without issue.

Coffee importers are in business to source a wide variety of coffee to meet their clients’ needs, offer financing and logistics and education, and develop long-term partnerships with producers and roasters alike. Something less often discussed is the boring-yet-vital aspect of an importer’s role in risk mitigation for those unexpected ‘snail’ moments.

Last year we had a ‘snail’ experience when we purchased a container of coffee from Eastern DR Congo from Rebuild Women’s Hope (RWH) cooperative. Founder Marcelline Budza started RWH in 2013 with a focus on empowering women through specialty coffee production on Idjwi Island, a remote and often forgotten stretch of land in the middle of lake Kivu. Congo, admittedly, is not and has not been an easy place to be a woman, but Marcelline started RWH cooperative to change that, with the motto that ‘rebuilding the hope of women is rebuilding the hope of a nation.’ Several articles have been written about Marcelline, and in 2017 she won the Robert Burns Humanitarian award for her work. 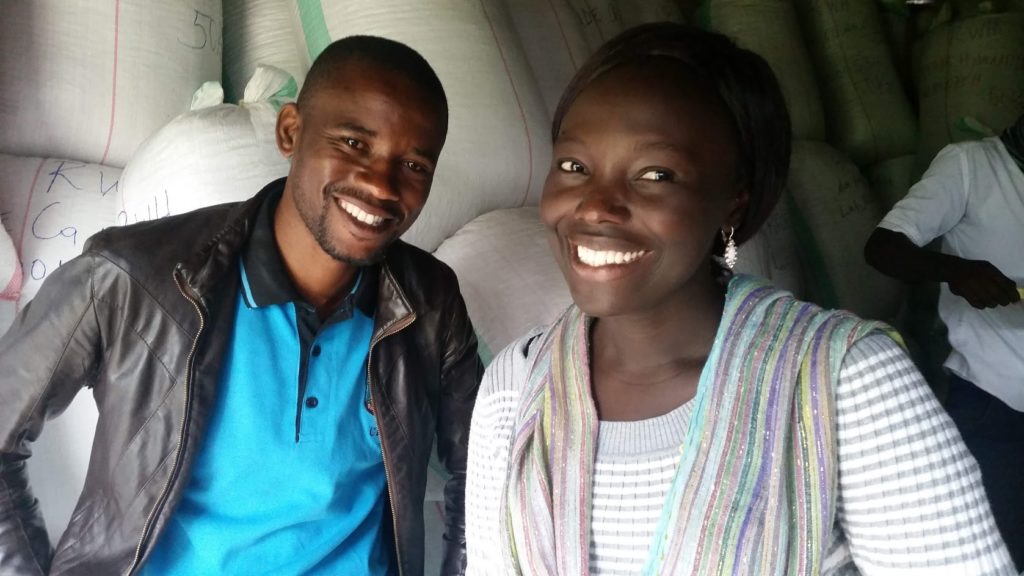 Marcelline and her husband, Bertain, at Hala Washing Statio

In April 2018 at SCA Expo in Seattle, longtime partner Twin introduced us to Marcelline, and we were immediately impressed by her drive, her mission, and the quality and potential of the coffee. In June 2018, I visited both of RWH’s washing stations—Hala and Boza—while harvest was underway, and the producers were so excited to see their coffee being exported to the United States for the first time. While visiting the dry mill, hand sorters were well underway for the container we had contracted, already finalizing the jute stencil for the bags and preparing the shipment with final sorting. 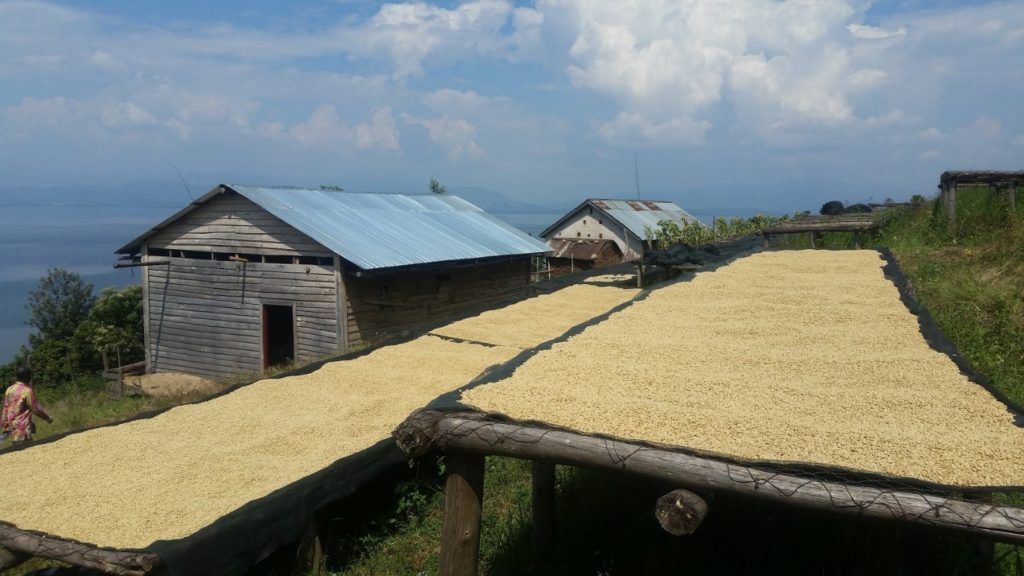 Atlas has purchased coffee from DR Congo for many years, and we are aware of the formidable challenges that the DR Congo—an essentially landlocked, infrastructurally challenged, and conflict-ridden country—can bring. But our partners are resilient, the coffee is delicious, and we find that the rewards far outweigh the risks. So it was with optimism that we cupped tasty preship samples from RWH and eagerly awaited the arrival samples a few months later.

Cue the snail: Due to an extraordinary set of circumstances involving this container, the coffee was delayed in Goma for several months despite our, Twin’s, and RWH’s best efforts to move the shipment along. Unfortunately, a perfect storm of events prevented the coffee from shipping earlier, and we just received the container in January, with the coffees degrading significantly in quality. It’s heartbreaking to see the effects that extended humidity, heat, and time can have on even the best coffees, and I won’t deny that my heart sank when I cupped these coffees. We cup coffees blind at the Atlas lab, and before knowing what both samples were, I remember thinking, “These seem like once-delicious coffees combined with high moisture content and a long journey.” Turns out that no coffee is impervious to the elements, RWH included. In the end, we sold the coffee at a steep and painful discount. 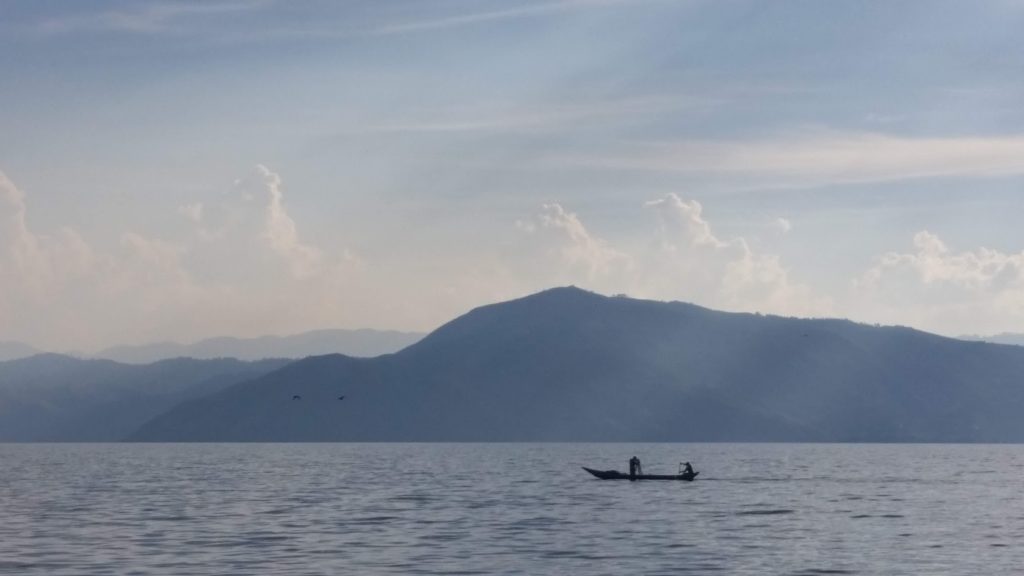 We’re not giving up hope, though, and neither are Marcelline and the members of Rebuild Women’s Hope. We are already looking forward to our next shipment set to sail in late summer. Since our DR Congo successes have far outweighed our ‘snail’ shipments, we have every reason to believe that our next shipment from RWH will arrive on time, and the flavor notes of a good coffee from Eastern Congo simply cannot be replicated elsewhere. Below are the most often flavors we have used when cupping Congo coffees over the years, and we expect to see this year’s lots of RWH land in November just in time for the holidays. 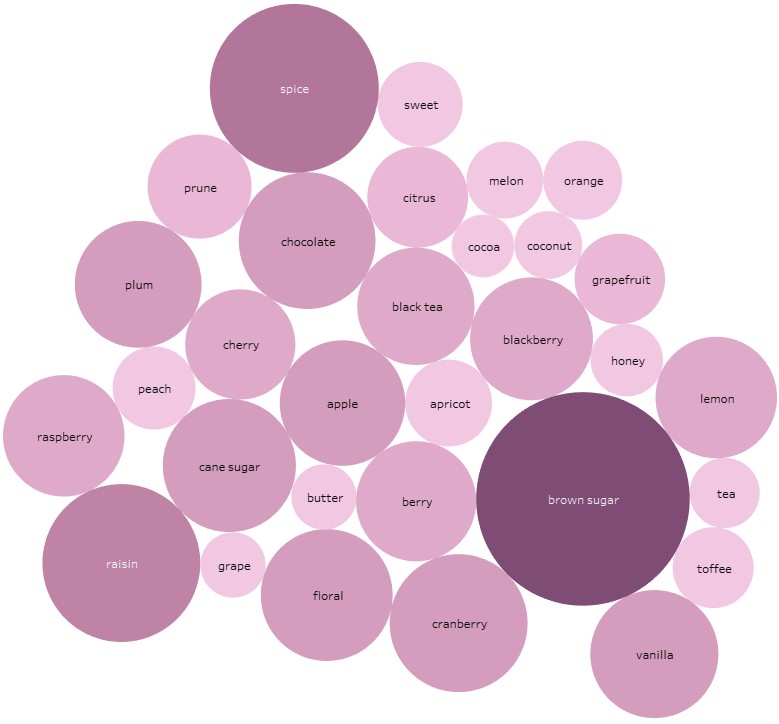