Indonesia is the largest island country, and the fourth largest coffee producing country in the world. The hundreds of distinct native ethnic and linguistic groups make it incredibly diverse, and each island can sometimes feel like its own country. In October/November of 2019, we spent a few weeks visiting our producer partners (both old and new) in Sulawesi, Flores and Sumatra.

We began the trip in Toraja, South Sulawesi. The Torajan people are recognized for their elaborate funeral and burial rituals, colorful wood carvings and the unique peaked-roof traditional home, called a tongkonan. In recent years, this area has also become well known for its coffee production and distinct flavor characteristics. 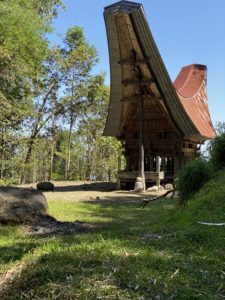 Through our exporter PT Indokom, we work with the only certified organic cooperative in Toraja, Koperasi Petani Kopi Toraja (PTKT). PTKT is based in Rantepao (rante means ritual area and pao means mango), which is the central city of Toraja. The cooperative has 177 members, of which nearly half are female. Most farmers are fourth generation producers. Members grow their coffee between 1600 and 1700 masl on the Sesean Mountain, with roughly 230 total hectares in production. In this area, producers are primarily growing Typica and Lini S795. With one hectare of land, each member can harvest four tons of cherry per harvest, which occurs May through September. Most PTKT members make their primary income from coffee while also growing and selling fruit such as tree tomato, tapioca, passion fruit and cocoa for local consumption. 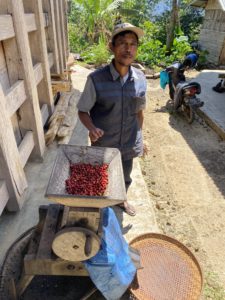 Although washed coffees have gained popularity in this part of Sulawesi, PTKT wet hulls 95% of their coffee. I spoke to a few members at the cooperative who expressed that they prefer wet hulling because they get “money in the hand fast”. After harvesting, the coffee is depulped, fermented for 24 hours and then washed again. Each producer has their own depulper, which are all hand operated and use no electricity. This method tends to be gentler on the humid coffee, leaving it with fewer physical defects, the most common being goat’s foot (which is the name used to refer to a split bean on one end that can be caused by wet hulling). Coffee is then laid to dry for 1-2 days (depending on the weather) before it is wet hulled at the cooperative when it reaches 40% moisture. PTKT produces about ¼ container of washed coffee per year, which is sold within Sulawesi for the local market. 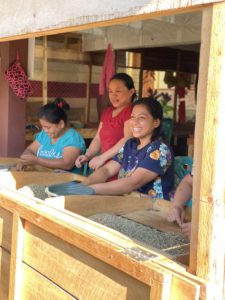 After Sulawesi, we flew to the nearby island of Flores. Although still small by Indonesian Island standards, Flores is considered one the “big” islands of East Nusa Tenggara. Historically, it was (and still is) a big Robusta producing island.  Arabica is still quite new on Flores with many areas coming into production in the last 20 years. Through our exporting partner PT Indokom, we primarily work with two cooperatives on the island, located near the towns of Bajawa in the Ngada Regency and Ruteng in the Manggarai Regency respectively. Prior to Arabica production in these areas, many families made their income through livestock and ranching.

We began the trip visiting two cooperatives near Bajawa, PAPA PADY and FA MASA, which are two of the four groups currently producing organic coffee on Flores. Indokom blends coffee from the four groups together based on quality, and exports it as Organic Blue Flores. PAPA PADY was founded ten years ago in 2009 and has organic and RFA certification. The name translates to “an invitation to move forward” which is a nod to Arabica coffee gaining traction as an economic option in the area. PAPA PADY is currently comprised of 103 members with 178 cumulative hectares of land between 1300-1500 masl. Most of the farmers are first generation producers, whose primary income comes from coffee, followed by ranching.

We also visited the FA MASA cooperative, whose members have 150 total hectares of land for coffee harvesting, and also grow cocoa, clove and hazelnut. During our visit, they were in the process of live elections, which occur every three years. Members nominate and then vote for the position of cooperative leader. It was very exciting to see this democratic process at work, and we were fortunate to witness Fabianus Deru’s win in live time. 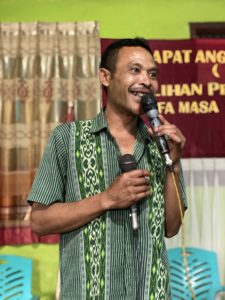 The weather (and climate in general) can be quite challenging in this area. As rains have become more and more unpredictable over the years, it has become increasingly dry, windy and dusty. Historically, the rainy season has taken place between the months of November to April, with sporadic rains year-round. In this area, most of the trees are pruned to mimic an umbrella shape. This is primarily so the tree can act as its own shade protection as well as sun protection for the producers during harvesting. The members with lands in Bajawa harvest during the months June, July and August, generally picking 6 times during the short season. Members in both cooperatives assist one another with harvesting so they don’t have to hire outside help. Each producer brings their cherry to the central processing facility for sorting, fermentation, wet hulling and drying. Generally, coffee is de-pulped and then fermented in tanks or bags for 24 hours. Next, coffee is laid to dry for 2-5 days (depending on rains and weather) before it is wet-hulled at 35-40% moisture level. In recent years, washed coffees have gained popularity in Flores, but the majority of exported coffee is still wet hulled due to the lack of water across the island. PT Indokom has their warehouse in Reo, Flores, just a few kilometers from the Flores Sea. This is the final stop for coffee before it will travel from Flores to Surabaya, Java for export. The majority of coffee from the East Indonesian Islands (Bali, Flores, Sulawesi, Java) will be exported out of Surabaya, Java rather than Belawan, Sumatra which is mainly used for Sumatran coffee exclusively. Everything Atlas currently purchases from Flores is wet hulled. 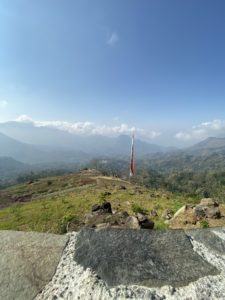 We finished our trip by traveling north to Sumatra, starting with a visit to the bustling capital city of Medan. Medan is home to all the large exporters in Indonesia, some of which also have offices in Surabaya and elsewhere. We spent two days cupping coffees from across Indonesia, as well as seeing live processing and exports of Sumatran coffee and speaking with exporters about the current situation in Sumatra. Pricing has come down dramatically since 2018 and remained relatively stable throughout 2019. However, the historically low C market over the last year has made Indonesian coffee seem quite expensive, and many markets have stopped purchasing Indonesian coffee altogether. Where Sumatran coffee from this region was once considered irreplaceable, larger buyers have been adjusting their blends to include more Brazil and PNG as a substitute (while the C price remains low). Equally challenging are the tax laws in Indonesia, which are becoming increasingly more strict. The government once turned a blind eye to the coffee export market (which accounts for less than 1% of Indonesia’s total exports) but have recently begun to take greater notice in the way cooperatives and exporters function and are taxed. While these laws are meant to prevent fraud and eliminate corruption, they can be quite challenging for cooperatives.

Next, we traveled farther north via air to the province of Aceh, which is located on the most northern tip of Sumatra. We have been working in this region for over a decade with leading cooperatives in the area; Koperasi Ketiara, Koperasi Ratu Ketiara, Koperasi Permata Gayo and Koperasi Kokowagayo. Each group is always in pursuit of excellence, striving to increase both coffee quality and quality of life for its members. Visit each traceable page of current offers for updated information on their respective organizations. 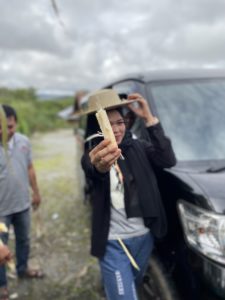 These four cooperatives are in the towns of Bener Meriah and Takengon, near Lake Luat Tawar. Wet hulling still reigns as the most common way to process coffee in this area, although many cooperatives are experimenting with washed and honey processes as the local and external markets demand. In this area, producers are harvesting coffee 9 months a year, and in some cases year-round. The rainy season continues to be unpredictable, but the dry season is generally recognized as January through June, with the bulk of coffee being harvested in April/May. Due to the weather, coffee trees have cherries at every stage on them (flowering, green, pink, ripe, and dry) and because of this, most producers must pick year-round. During the dry season, producers pick coffee every 15 days and during the wet season, they pick every 10 days. Although it might sound surprising, they must harvest more cherry in the wet season to prevent the trees from cherries dropping to the ground due to heavy and frequent rains. 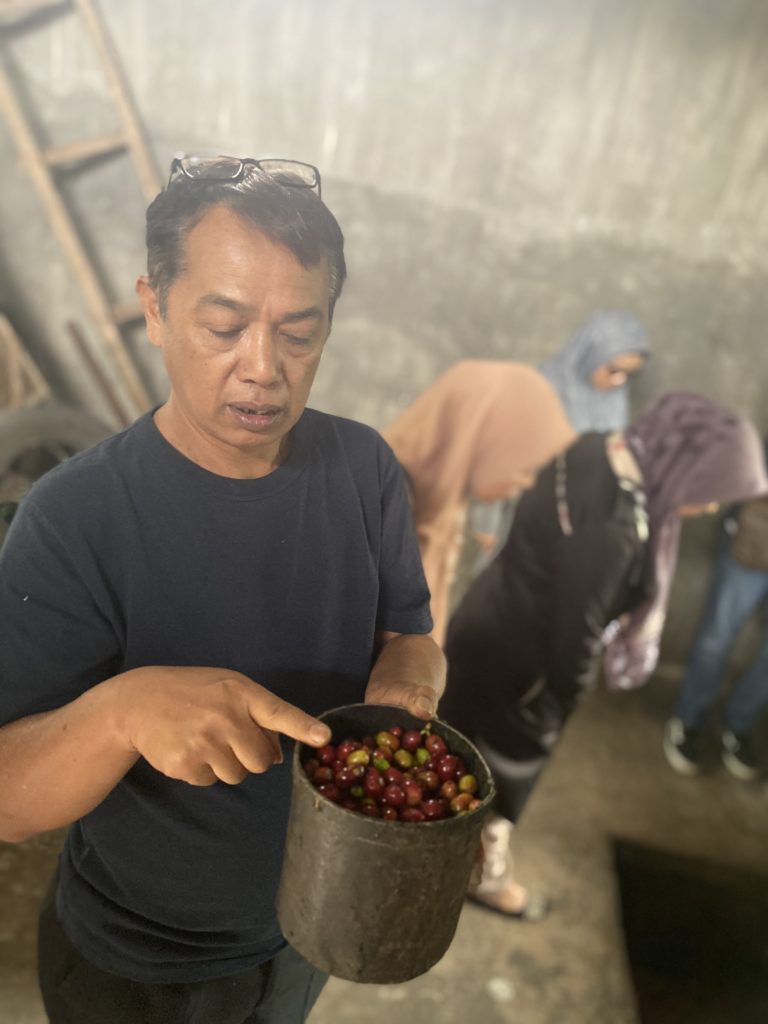 We have seen that local price has come up since our visit just a month ago, due to the strong performance of the C market, as well as limited supply across Sumatra. Additionally, rains continue to be heavy in the area (especially in North Sumatra), complicating drying. We expect price to increase again in 2019. Visit our offer list or contact our sales team for fresh arrivals of Mandheling as well as Organic and FT Certified coffees.