In late October, we traveled to some of the farthest coffee destinations from our home, to the countries of Timor-Leste and Indonesia. We were invited to attend the 2nd annual Festival Kafe Timor, a week-long event dedicated to generating interest and awareness of specialty coffee production throughout the country, as well as improving low rates of productivity and smallholder farmer earning. The festival is organized by the newly formed Timor-Leste Coffee Association (ACTL) and the Asian Development Bank (ADB). CQI consultant Andrew Hetzel has been heavily involved with the ACTL's activities over the last two years, and organized our itinerary as well as the cupping competition. Atlas participated along with a team of seven international judges and one national judge from six different countries. The event kicked off with two full days of cupping more than 60 samples that had been pre-selected by a team of national judges weeks earlier. After the cupping competition, we traveled south to higher elevation to spend several days meeting with smallholder farmers and exporters in Letefoho and Maubisse. Finally, the trip concluded with a cultural celebration, luncheon, and awards ceremony in Maubisse.

Timor has a long and interesting political and agricultural history. Coffee has been grown in the country for more than 200 years, and is currently the largest export after oil, representing 98% of non-oil merchandise exports. In 1927, the famed Arabica and Robusta crossbreed (Hibrido de Timor or HDT) was discovered in Suco Fatubese.  HBT became the core of Timorese production due to its favorable flavor and resistance to coffee rust disease. This variety became popular for cultivation elsewhere, largely in Indonesia, where it is known as “Tim Tim.” Timor was a Portuguese ruled colony until 1975, when it declared itself independent. Only nine days later, it was invaded by Indonesia and remained under their control until 1999, when it once again gained independence and officially became recognized as Timor-Leste (aka "East Timor".) 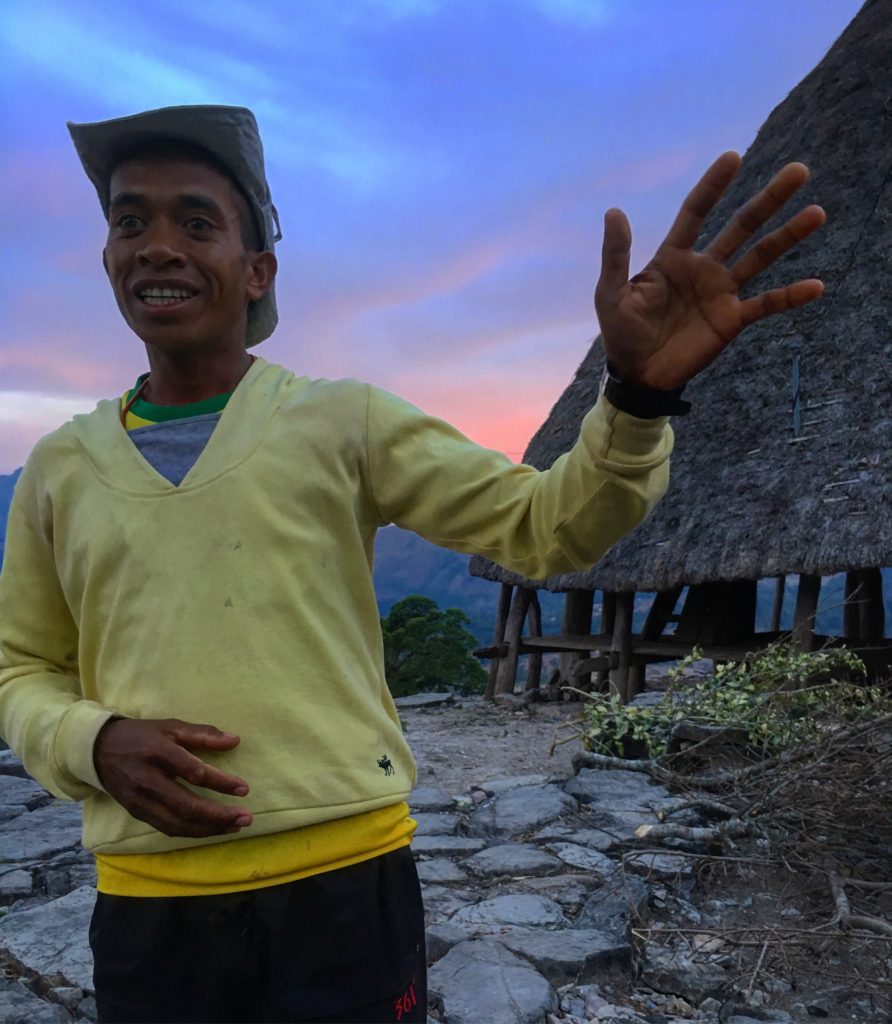 Gorgi, a coffee producer in Maubisse welcomes us to a sacred area near his home.

Low productivity and farmer earnings have been studied in Timor Leste as early as 1997, however the government, aid agencies and private organizations have had limited success in improving the coffee industry within the country. In 2015, the Asian Development Bank (ADB) proposed to bring together representatives from all sectors of the Timor coffee industry to form the first collaborative private coffee association, which became known as ACTL. This volunteer association aims to achieve progress in positive change for all involved in Timorese coffee, as well as strive for equal representation across the industry. In March of 2017, the ACTL participated in its first international trade event as an entity during Singapore’s Café Asia. In June of this year, ADB contracted CQI to study and develop a plan for furthering development of the national coffee sector. The analysis is currently underway with an expected completion date in early 2018. 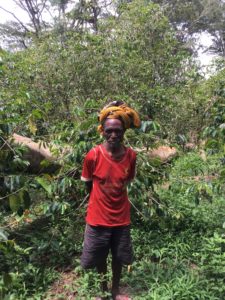 Timor is expected to run out of oil within approximately five years, which leaves coffee as its biggest economic opportunity - the literal low hanging fruit. Major constraints include lack of technical assistance, lack of policies to improve quality, inadequate infrastructure, low yields stemming from old unproductive trees and finally inertia, which is perhaps the greatest threat of all. However, despite these setbacks there are also a number of positive forces. Farmers are excited, motivated and open to learn. Government support for coffee in general is also strong, and they are very supportive of a specialty coffee initiative. The former prime minister of Timor is a coffee producer who has demonstrated significant support for the industry, as has the Department of Agriculture. Finally, the ACTL are currently building their membership and working closely with CQI and ADB to develop a robust revitalization plan. We look forward to monitoring the emerging specialty coffee sector in Timor-Leste and believe the ACTL will be the driving force to form a conduit for permanent change within the country.

Next, we headed west to Sumatra, where we spent a few days with two of our long term suppliers - Ketiara and Permata Gayo (PGC) - both of which are located in the Gayo Highlands of Central Aceh. These days, coffee trees in this region are producing cherry nearly year round, with the greatest yields and highest quality seen during the months of October, November and December. May through August are considered the slow months, although trees are still producing fruit during that time.

During last year’s visit, we had the opportunity to see the very initial stages of what was to become the largest centralized wet and dry mill in Central Aceh. The mill is called Junggele, taken from the name of the village in which it resides (Ujunggele) in Bener Meriah. We have been working closely with Permata Gayo for nearly a decade, and Armia (our longtime friend as well as general manager of PGC) spearheaded this project along with technical assistance from Agriterra in the Netherlands, as well as Sumatra Coffee House in Sydney, Australia. Permata Gayo, Kokowagayo and the newly formed Musara Pakat will have access to this facility. These three cooperatives have a combined total membership of 2720 farmers, spread among 44 villages.

The wet mill facility most closely resembles a Central American style of wet processing, with depulpers and fermentation tanks. Capacity of the wet mill is 1 ton of cherry per day, and Armia plans to process fully washed coffees, as well as honeys and naturals. The dry mill is situated adjacent to the wet mill and will be complete with a huller, size grader, densimetric table and destoner. Outside, an expansive patio can dry 30-40 tons of coffee, with a separate area that will have raised beds for special processing. The dry mill also has a large warehouse for storing coffee, before lots are ultimately transported to Medan and later exported out of Belawan. 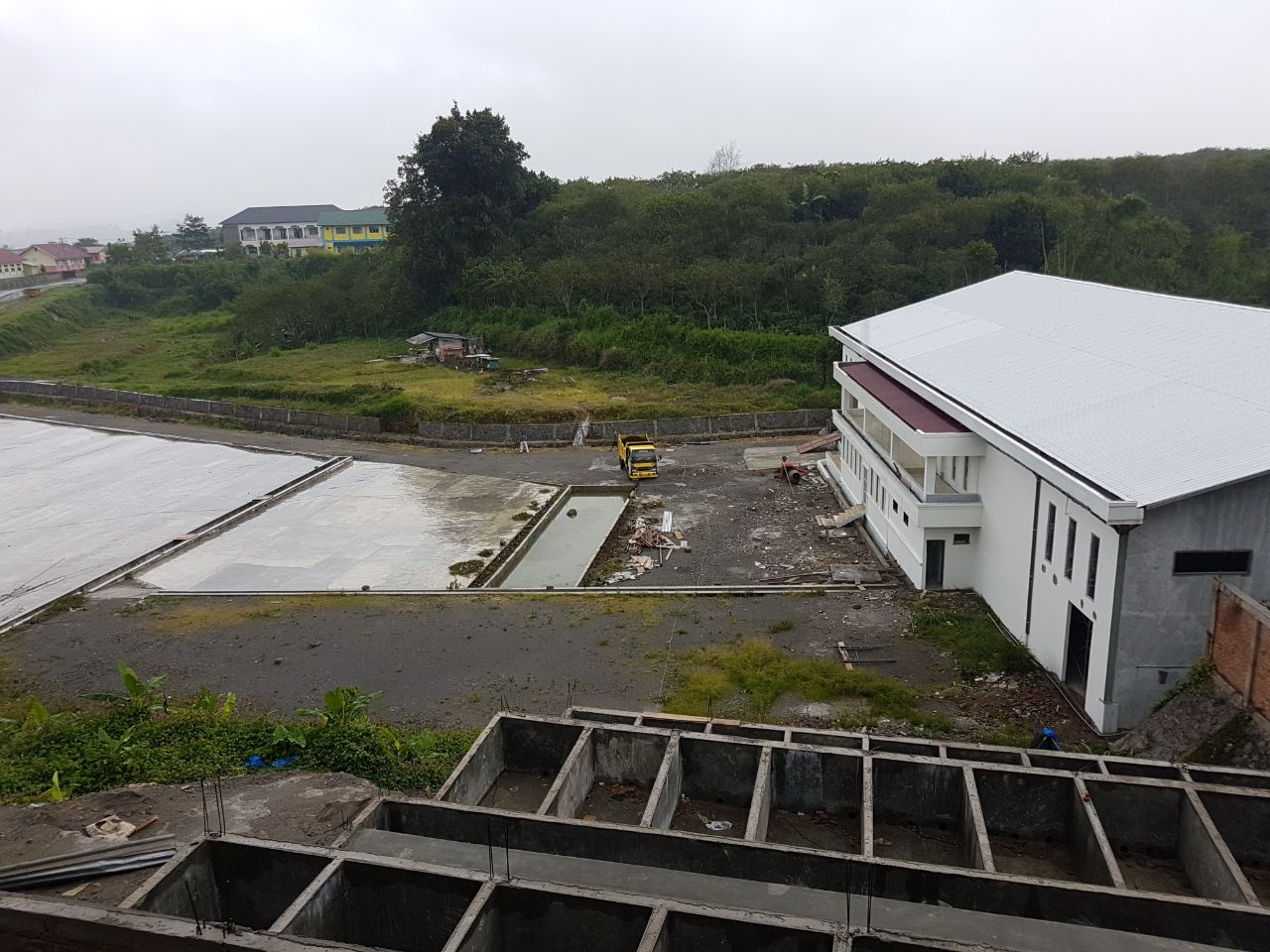 We concluded our Sumatran tour with a multi-day visit to Koperasi Ketiara and P.T. Ketiara. We’ve been steadily growing our volume with Ketiara since we brought in our first container in 2013, just one year after they began exporting. Despite Ketiara’s young age, the group remains one of the most highly respected facilities in Central Aceh due to the quality of their coffees, efficient contract performance, and community involvement. 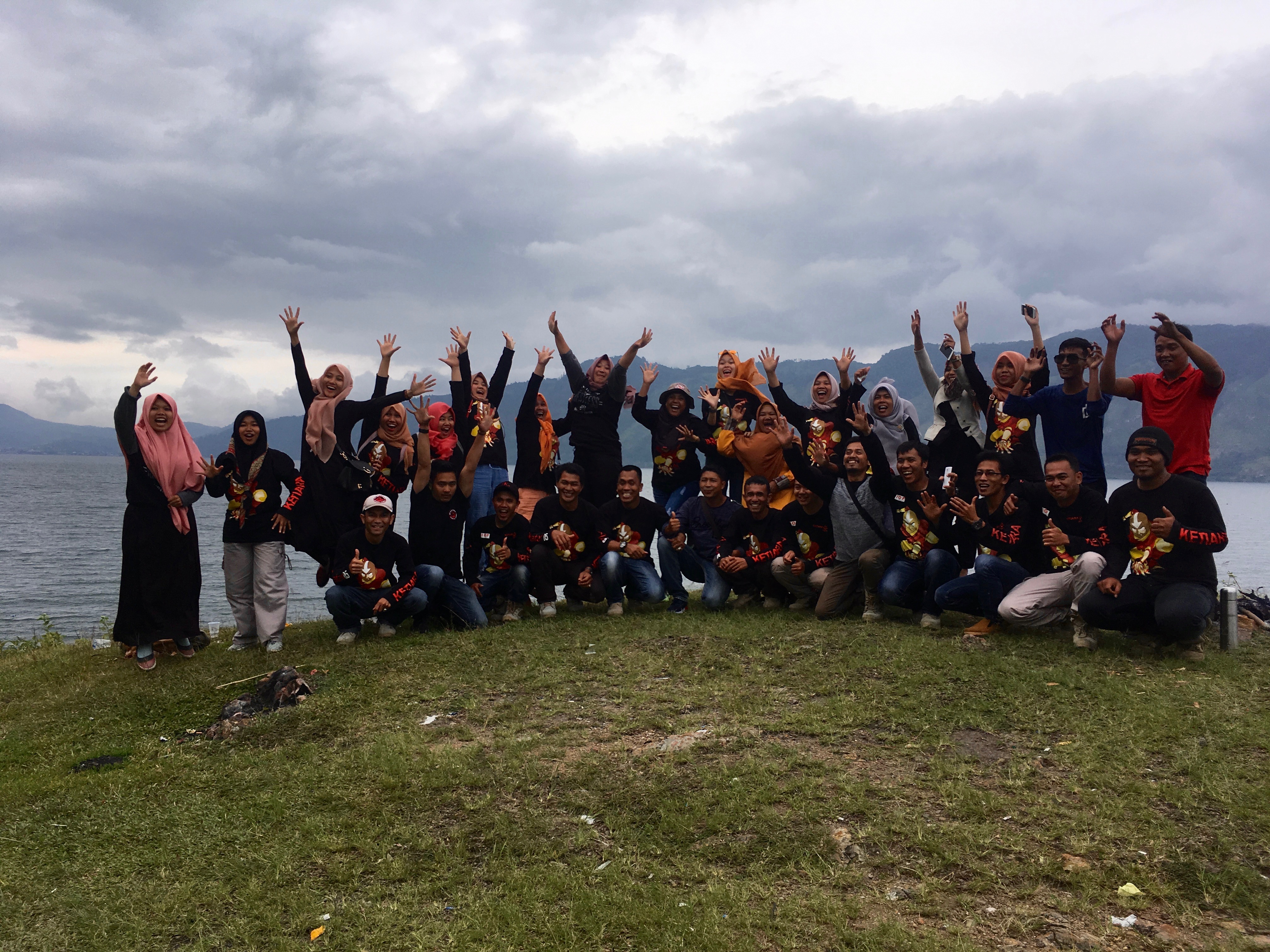 Indonesia struggles with an extremely volatile internal market. Rahmah, the chairwoman of Koperasi Ketiara incentivizes producer members by paying well above the internal market price, as well as creating community programs that encourage farmers to remain members. Examples of this include seedling donations, workshops on how to make organic fertilizers, proper maintenance of equipment, farm rejuvenation practices and even scholarships for young men and women to attend University. Ketiara is one of those cooperatives where you can truly tell that community members are happy. Nearly everyone we have met over the years can be seen dancing and heard singing in their properties, and generally having a grand time. We continue to be impressed by Ketiara on so many levels, and always look forward to receiving fresh shipments of this coffee, year round. The word Ketiara means “make it happen”, and this group certainly does just that.