As specialty buyers we can sometimes get so caught up in quality, character and origin story that it can be easy to overlook the many steps required to move coffee from the farm to the roastery.  Logistics is a massive component of this process and Colombia’s ocean freight terminals handle more containers of coffee than any other producing country on earth.  I don’t know why it took me 14 years of traveling to Colombia to plan a visit to Cartagena but in November 2019 I finally made it happen.

Established by Spain as a colonial port in the 16th century, Cartagena is a spectacular city situated in the center of Colombia’s Caribbean coast.  After decades of attacks and invasions by marauding pirates the Spanish government started pouring fortunes into the restoration and fortification of Cartagena in the late 17th century.  Many of these structures still stand today and are emblematic of historic Cartagena.  The old town center is encompassed by over 11 km of walls containing more than 20 small forts and cannon batteries.  More a fortress than a castle, the imposing Castillo de San Felipe de Barajas has dominated the old town skyline for centuries. San Felipe was designed to repel attacks from both sea and land and is riddled with tunnels, storage caverns and cisterns allowing defenders to withstand a siege for months on end. 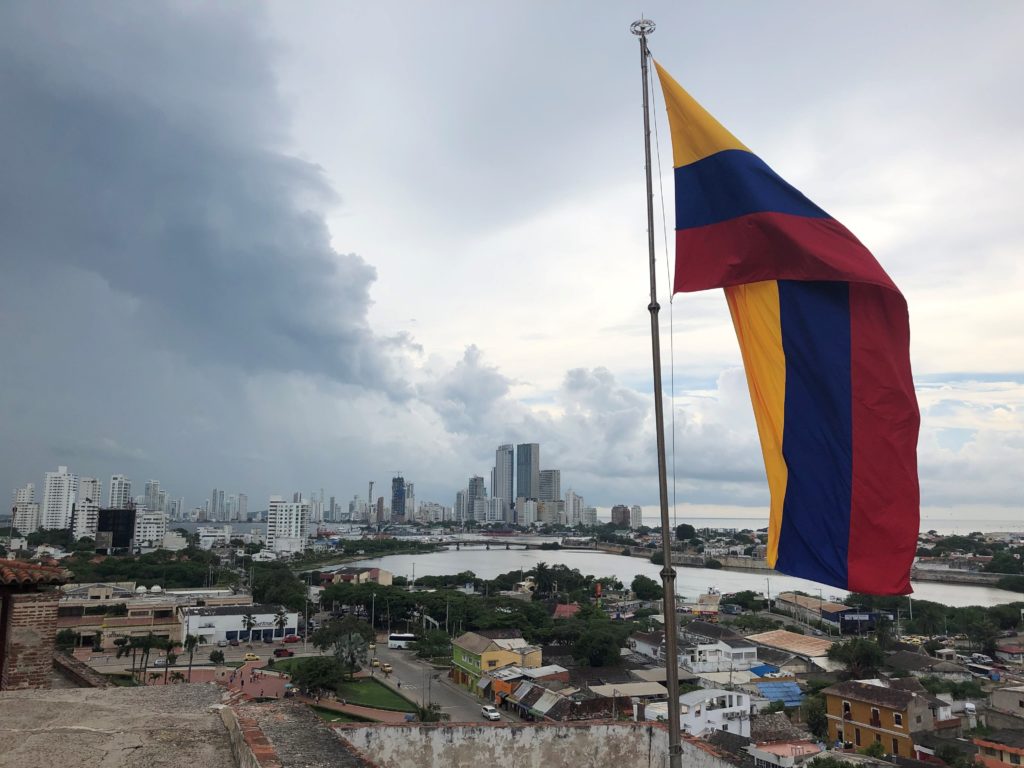 Modern Cartagena is about as trendy and cosmopolitan as a city can get, with skyrise hotels, casinos and night clubs just minutes away from the old town center and pre-Columbian archeological sites.  There’s also an impressive specialty coffee scene which makes spending a few days in the old town center extra enjoyable.  One of Cartagena’s port terminals is located in an area called Manga and caters almost exclusively to the many ocean cruise lines that bring in tourists to enjoy the city’s amenities. While this same port terminal also handles some commercial cargo (including coffee,) the majority of Cartagena’s coffee exports leave via the massive Contecar port terminal located just SE of the old town center in the neighborhood of Mamonal.

Contecar is a private company contracted by the Colombian port authority to manage inbound and outbound ocean freight cargo.  The administration and logistics required to do this efficiently and securely boggle the mind, especially when handling a variety of sensitive and perishable products.  The Colombian Coffee Federation (Federación Nacional de Cafeteros or FNC) has a subsidiary company called Almacafe that specializes in coffee preparation and logistics.  Almacafe has a cupping lab and small warehouse at the Manga terminal and oversees the movement of coffee at the Contecar terminal where a much larger warehouse is utilized for short term storage. 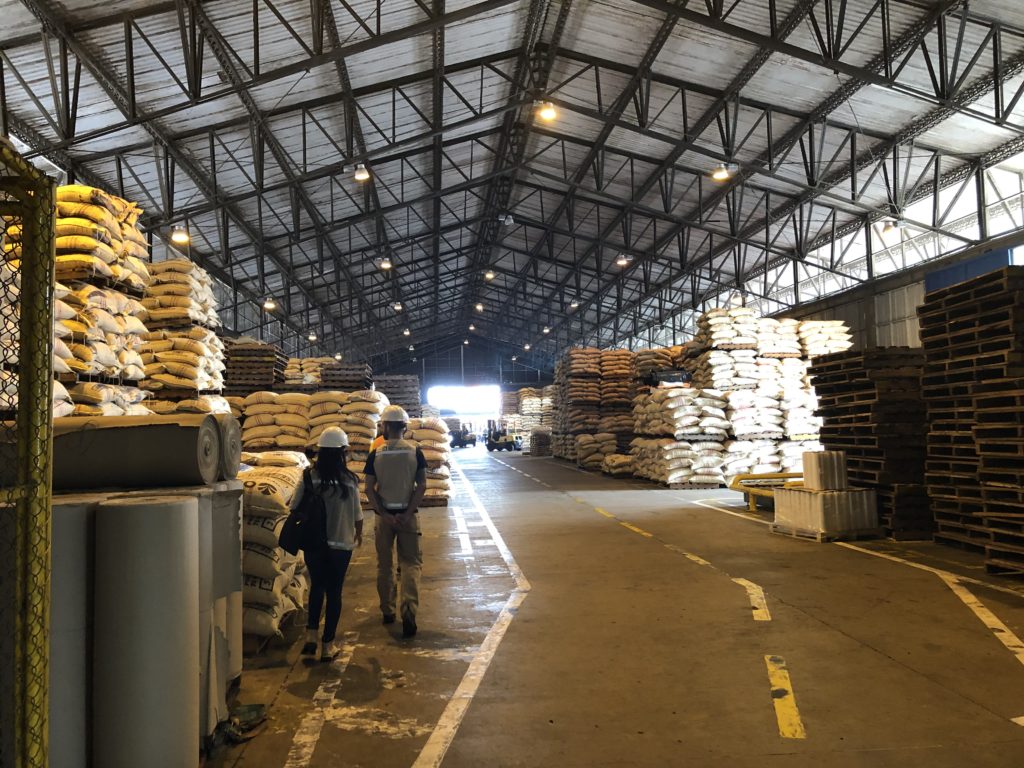 The coordination between private exporters, the FNC/Almacafe, the port terminals and the ocean freight steam ship lines is like a ballet, no joke. Every stakeholder has extremely complex roles and responsibilities and if any small detail is out of place an entire container of coffee can be delayed by weeks or even months.  It’s a challenging system to understand even after seeing the process firsthand. Describing it in a short article may be even more challenging but I’ll do my best here. 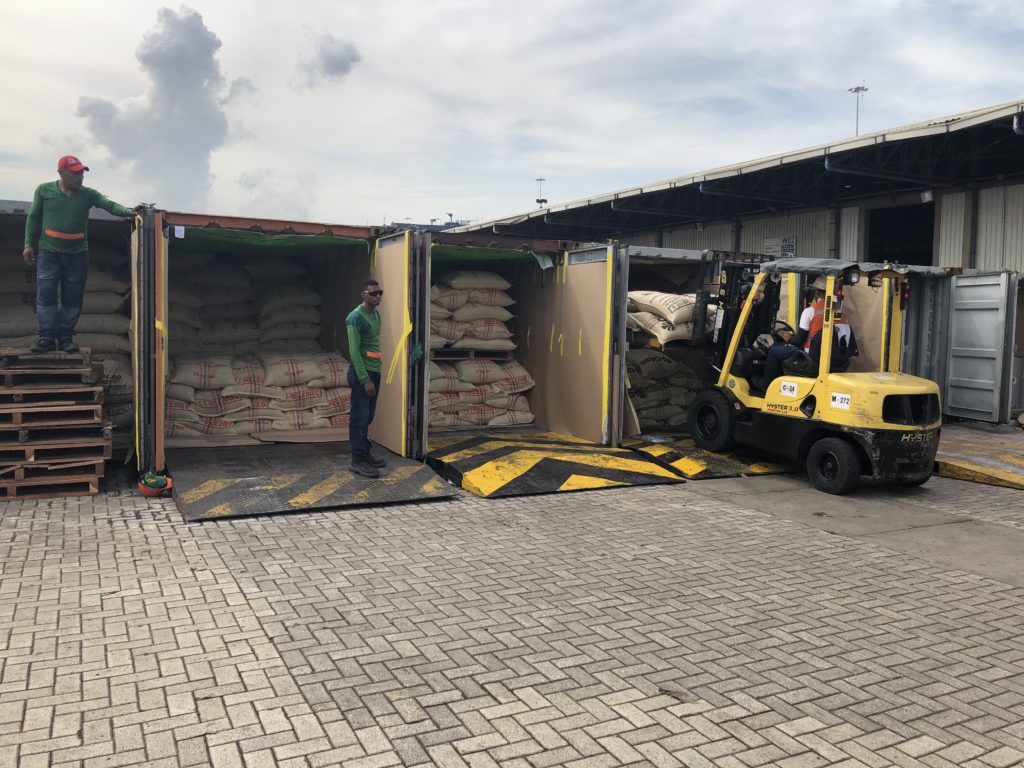 The process involves many, many more steps than can be described here but hopefully this is a good introduction to the process.  Keep an eye on our News section for more posts about logistics in the future!