During the last week of July, we took our 2016 origin trip to Peru.  Our time was spent in the northern region of the country, visiting cooperatives in Lambayeque, Cajamarca, and Amazonas. It was a robust schedule with travel on planes, trains and automobiles (wait, there were no trains – but we do have dreams of making it aboard the Andean Explorer one day.) A lot has changed since our last visit just one year ago, and we are thrilled to support our partner cooperatives as they develop and implement new programs to ensure better quality.

We kicked the trip off in Jaén, with an afternoon visit to the OVM Dry Mill, where coffees from El Milagro and CEBICAFEN (Central Binacional de Cafetaleros Namballinos) are processed and stored. During the export season, most dry mills work virtually around the clock, as new coffees are steadily arriving to the warehouse every day. In Jaén however, all milling machinery must be shut down at 5 PM.  With the influx of business and industry (mostly related to coffee and cocoa,) there is not sufficient power for the growing community, and it must be rationed out for use during specific hours, or it is heavily taxed.  Mills that continue to process coffee through the night are charged a hefty fee of five times the normal rate.

The next morning, we awoke early and traveled to visit CEBICAFEN.  This cooperative is located in the very quaint community of Namballe, which is situated three hours northeast of Jaén, and just a few kilometers from the Ecuadoran border. Atlas began our relationship with CEBICAFEN in 2010. Since our last visit, the cooperative has completed construction of their new office, cupping facility and warehouse. They hired a skilled new cupper named Grover Perez, who promises to be a great addition to the cooperative, which is managed by agricultural engineer Eli Roman Castillo.  This year they expect to export fourteen containers, and will continue to offer micro-lots from exceptional producers, a program they have been steadily growing over the past few years. 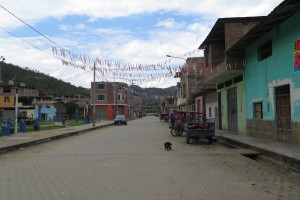 Next, we traveled to El Milagro, which is one of the smallest cooperative groups across all our origins.  With just 72 members, El Milagro projects that they will export seven containers this year.  Travel to the community of El Milagro was almost as exciting the visit itself, as it can only be accessed by taking a manmade, hand powered wooden car that operates on a series of three inch thick cables.  The cable cars go back and forth over the Rio Chinchipe.  Cars and small trucks can also pass over the river, via a wooden raft that can hold three cars or one truck.  Vehicles drive onto the raft, which is attached to a cable that keeps the raft from drifting into the strong current. All coffee coming from El Milagro also must travel on the raft to make its way to the mill.  Since 2015, the coop has been working hard to strengthen and promote their small producer micro-lot offerings.  Currently, over ten percent of their members are participating in meticulous lot separation and their excitement and passion for quality improvement is evident and contagious.  We had the opportunity to cup through several producer lots during our visit and provide feedback on processing and drying techniques, as well as roasting and lab protocol.  We are excited by these results, and look forward to assisting El Milagro coop members develop their relationships with potential buyers. 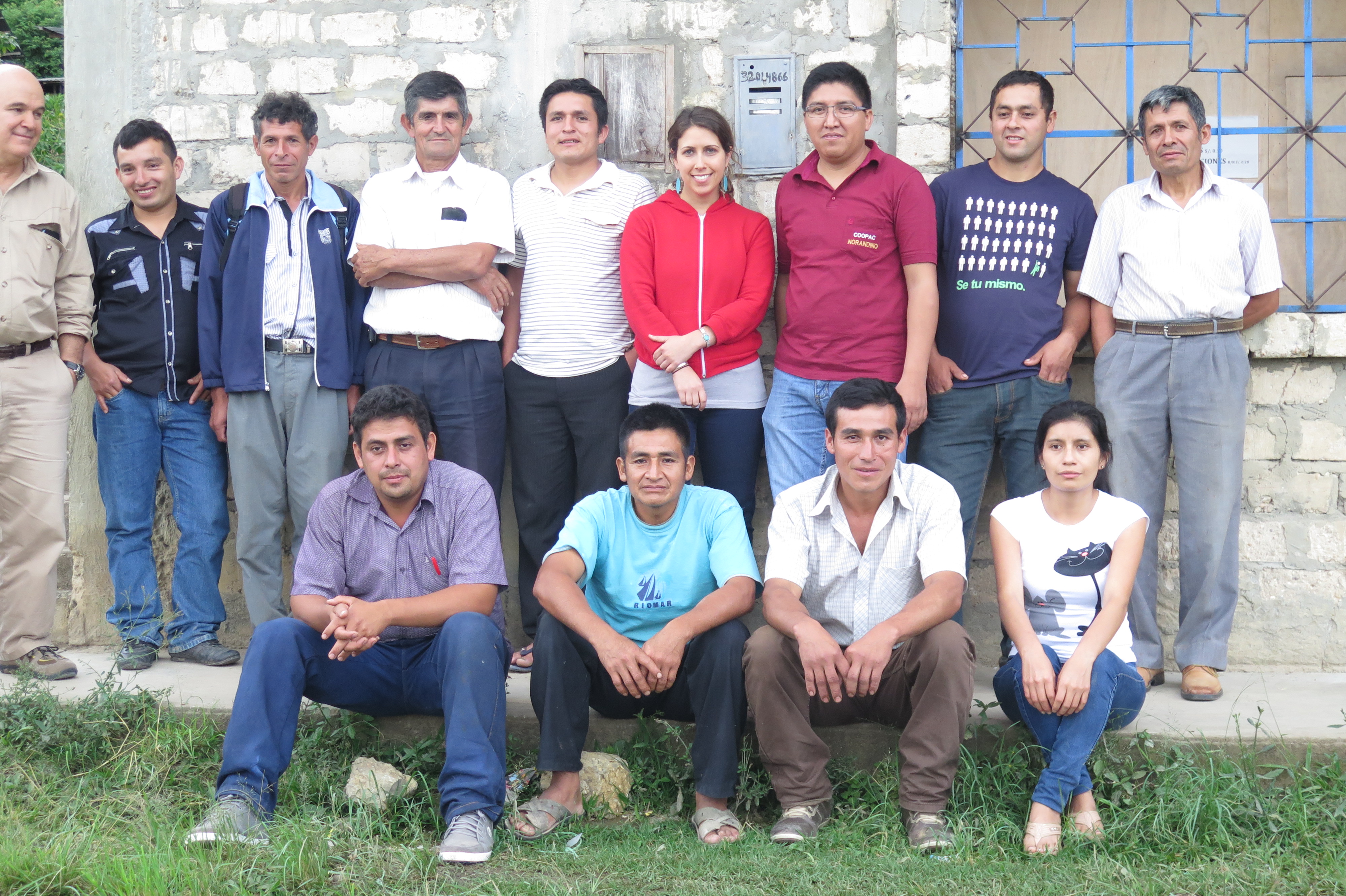 Our final stop was to the community of La Prosperidad de Chirinos, also known simply as “Chirinos."  We spent two full days visiting this 728 member cooperative, situated at an elevation of 1800 masl in the San Ignacio Province.  Although Chirinos is one of the larger cooperatives we work with in Peru, they are certainly the most quality-focused.  The cooperative was founded in 1968, and some pioneer members can still be seen helping out around the coop. Chirinos exports around 60 containers per year – 75% of which is FTO Certified and approximately 20% is women produced coffee.

For the past several years, Chirinos has been working hard to highlight exemplary micro-lots from dedicated members.  During our visit, we had the opportunity to visit four producer members, who are all located within an hour of the town of Chirinos. On average, members have between 4-5 hectares of land.  One of the most fascinating features of this cooperative is their dedication to cooperative members well-being through the diversification of their lands.  Past and current projects include:

Sheep: Each producer receives two sheep.  When they reproduce, the offspring are passed on to new  producers, joining the coop.

Guinea Pigs: Farmers are sold 1 male guinea pig and 6 female guinea pigs, and are trained on how to raise them.  Guinea Pigs, known as “cuy” are consumed regularly as a source of protein.

Trout: Over 40 producers have been trained to farm trout, and have their own man-made fresh water trout ponds on their land.  Fish are raised without the use of antibiotics, chemicals or synthetic products. Several farmers have over 1,000 trout.

Pigs: In the coming months, Chirinos will be implementing a pig pen at their cooperative.  They hope to start with around 30 pigs, and train cooperative members how to raise and rear pigs. 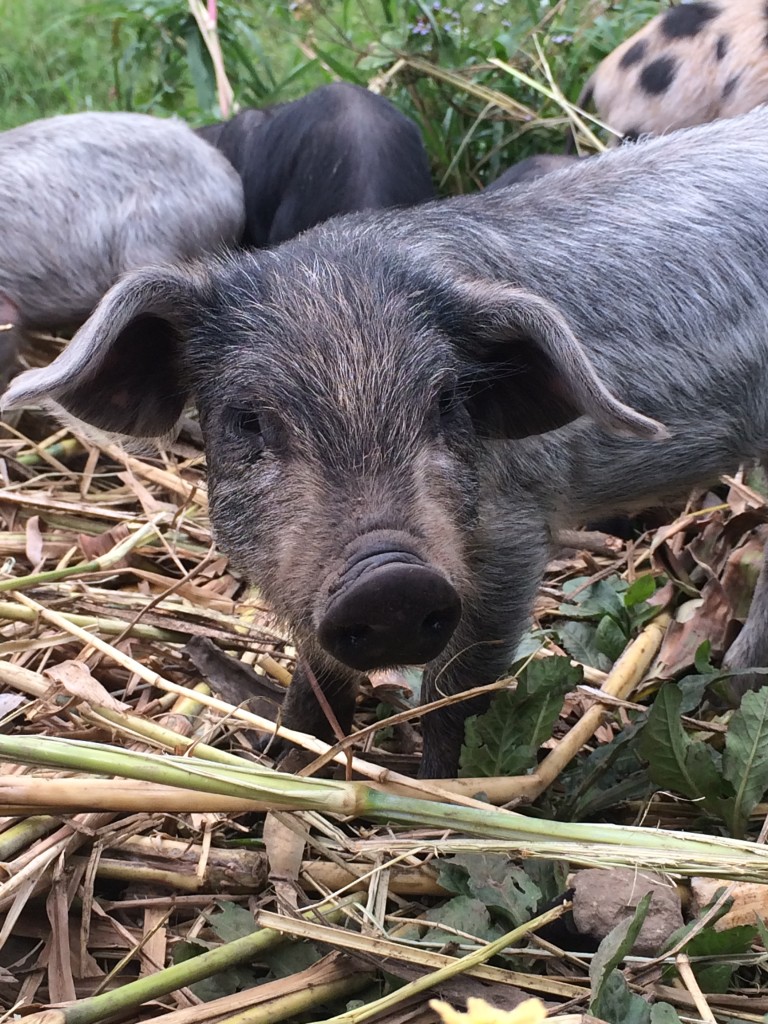 Compost and Fertilizer: The cooperative began their organic compost plant in 2009, and have built a remarkable facility.  They currently produce two types of fertilizer, one with (and one without) micro-organisms.  Depending on which season the fertilizer is to be applied, the quantity of added micro-elements is adjusted.  The organic material for the base of the fertilizer comes from the pulp of coffee cherry, and is also mixed occasionally with hay.  Chirinos can produce 4,000 bags of fertilizer from May to September (the months with pulp availability).

This year, Atlas will purchase a blended bulk lot of high quality coffee from Chirinos, along with four single producer micro-lot offerings.  Earlier this year, Chirinos added an additional huller and screen sorter that will be used specifically and strictly for micro-lots.  This will allow for a more rapid processing of smaller lots and greater traceability.

Overall, we saw a tremendous amount of positive growth, aimed at quality improvement among our partner cooperatives in Peru.  Although we have just returned from our visit, we are already looking forward to our next trip!