Women-Produced Coffee Survey – The Results are In!

This April, Atlas coordinated with Twin  (a partner organization of ours) to survey our customers about their thoughts on women-produced coffee in the specialty coffee industry.  Twin has recently published their findings in a full report, which they've made accessible online here along with a very informative Twin report called “Women’s Coffee Bringing Greater Gender Justice,” which can be accessed here. 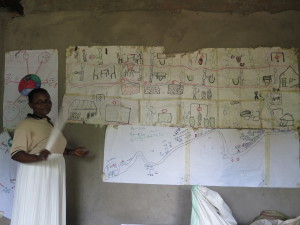 Together, Twin and Atlas surveyed over 100 of our industry partners, 85% of whom were from the US, 13% from Europe, and 2% from the Asia Pacific region.

When US Roasters were asked to pick the most effective phrasing to promote women-produced coffee: 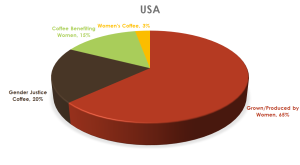 When asked whether women-produced coffee should have specific qualifying parameters through a third-party certifier, responses were mixed among US and European buyers.  Many acknowledging a need for improved traceability and accountability, while citing concerns that adding another certification to their offerings could increase costs and administration. 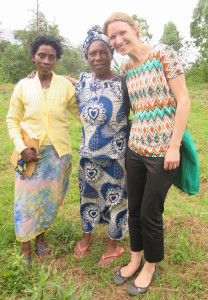 One of our relationship partners, Bukonzo Joint Cooperative Union (BJCU) in Western Uganda, has been a pioneer of gender justice, with men and women working together in many tasks usually relegated to one gender or the other.  They have decided that women-produced coffee doesn’t best fit their model since they are already acting out gender justice and continually improving quality without lot separation by gender.

While some coffee cooperatives have had women’s coffee groups for years, we've recently seen a significant increase in interest among our specialty coffee clients. Roasters are now approaching Atlas interested in promoting women’s groups and paying a social and lot-separation premium for women-produced coffee.  The industry at large is elevating the trajectory of women-produced coffee, including short and long-term goals, and at Atlas we’re happy to be part of the process.  We're proud to support cooperatives such as BJCU that acknowledge the importance of gender equality while choosing not to market women-produced coffee, as well as supporting those coops that do separate and market women-produced lots.