What a difference a year makes

Coffee can sure break your heart sometimes.

In January of 2015, we received a slew of samples via our partners at Twin from a new cooperative they were starting to work with in the the Democratic Republic of Congo, though their Joint Marketing Initiative (JMI) and gender equity program.  The cooperative is located in the Ituri region of the DRC - north of Kivu and along the border with Uganda and South Sudan. It's important to note for this narrative that this is an area that hadn’t (officially) exported coffee in several decades.  Some of these type samples scored in the upper 80s, which caught our attention right away.  In addition to being intrigued by the high quality of the coffee, the idea of developing a supply chain outside of the more competitive Kivu region was very exciting.

That January, we agreed to purchase a container of the coffees represented by the highest scoring type samples, and then… we waited, and waited, and waited.  We finally got the post-milling pre-shipment samples in July.  As you can imagine, seven months later, the samples were showing signs of fading, but still scoring nearly as high as the type samples.  At this point, we crossed our fingers, held our breath, and waited for the shipment to arrive.

In the meantime, I scheduled a site visit, and departed in late October to meet the farmers in person.  We traveled from Entebbe, Uganda in our airport taxi westward across Uganda, north through Murchison Falls National Park, across the Nile on a car ferry, and finally across the border to Mahagi.  After a somewhat longer-than-one-would-like visit to the immigration office to discuss a special “first time visitor” fee, our visit to the DRC began. 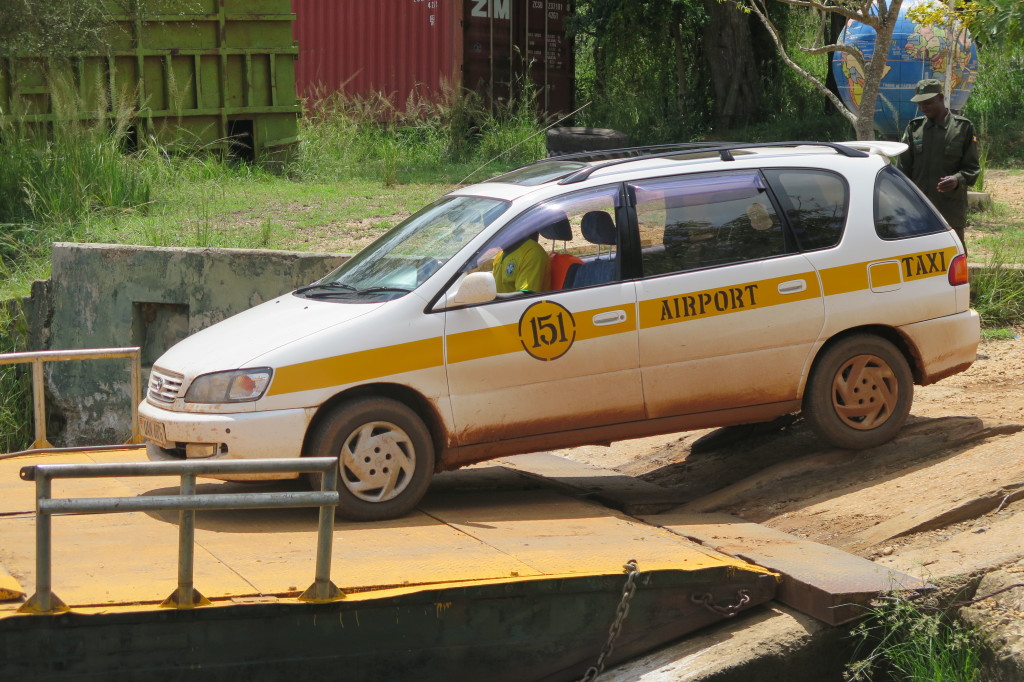 During our short three-day trip, we visited 5 of the 26 washing stations, which was remarkable given the quality (or lack thereof) of the roads and that it was the rainy season.  Everywhere we went the farmers were exuberant in their welcome.  Upon our arrival we were showered with a song and dance, plus gifts of chickens, eggs, bananas, and potatoes.  As always, I was struck and humbled by the culture of hospitality that exists in so many of the poorest communities I have visited.  One of my favorite moments was a dance performed by two young boys dressed up in grass costumes.  When we asked them the significance, they told us that the dancers represented the people before they had coffee, and that they were animals with no hope of a brighter future.  During a meeting, one of the farmers explained that until we (coffee buyers from the west) came, he didn’t believe that this project had any purpose.  Now he understood that the coffees from Kawa Maber (and from his washing station and his trees, in particular) were going out into the world, and that the world was looking back at him.  Another woman spoke about previously having to carry her coffee across the border and sell it for a low price paid in Ugandan Shillings (v. Congolese Francs,) and losing money on the exchange.  Having the ability to receive local currency from the washing station where she is a member has had a positive impact on her household income. 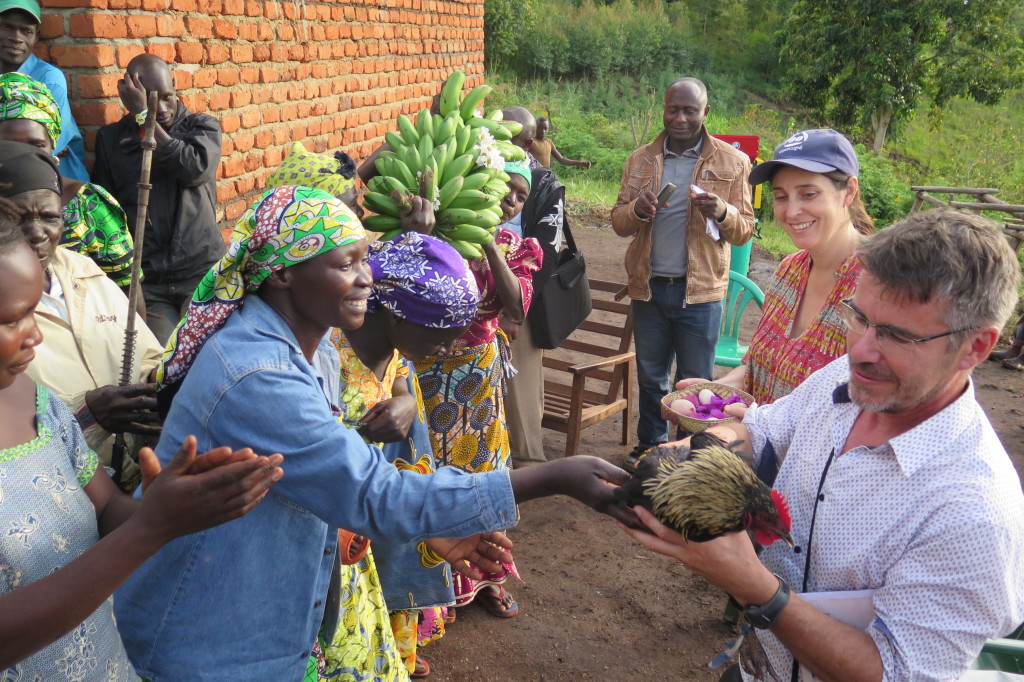 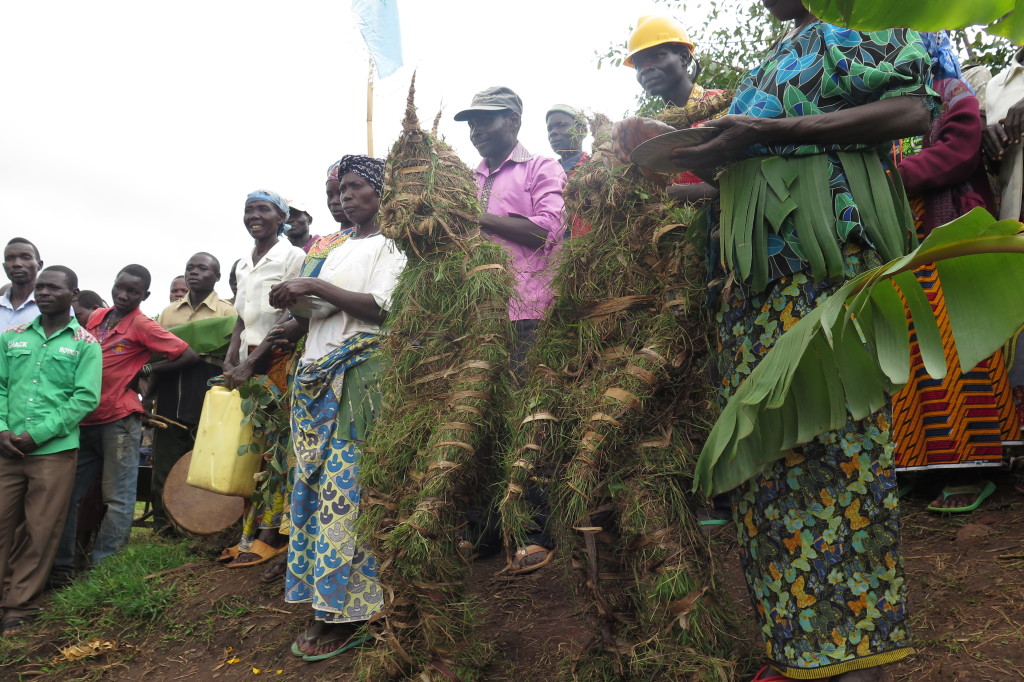 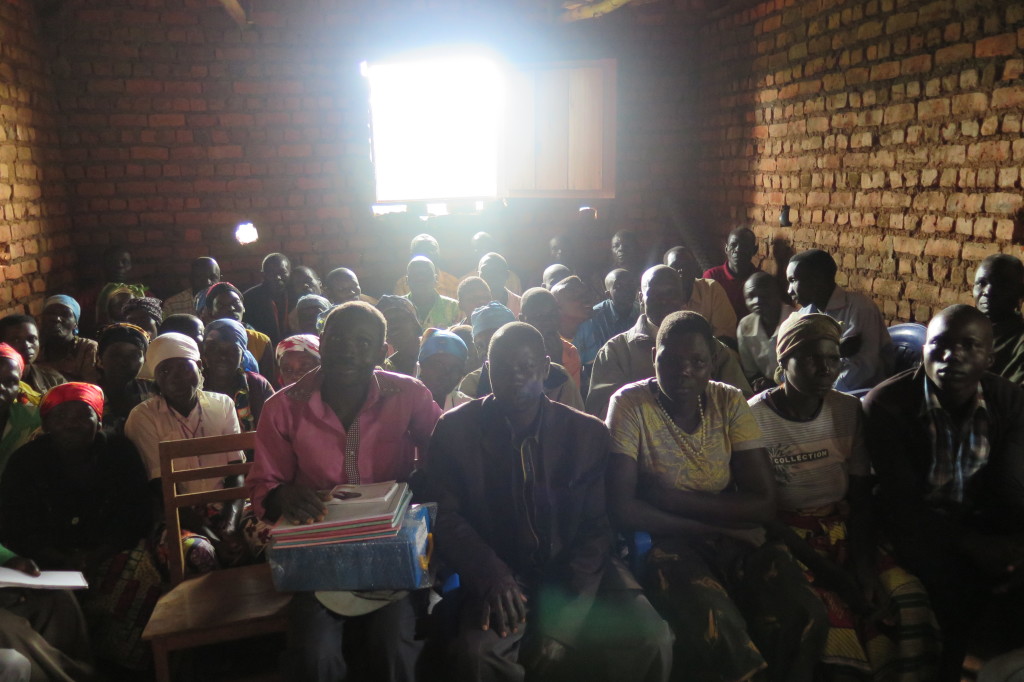 Because that first container had yet to arrive in the U.S. during our visit, I didn’t yet know how the arrival quality would be.  While we waited, we talked at length about how long it took to get the shipment out.  We learned from farmers and the cooperative board where some of the bottlenecks originated, and tried to help assess which of them might be improved.  Some of the problems were very typical for a new cooperative, like learning how to make green estimates from cherry receipts and generally improving communication, efficiency and access to cash.  Also, because there is a very basic mill in the community, they had to hand-grade the entire container using home-made jerry can screens to achieve the uniform size needed for export.  They also had to wait for weeks for an empty truck to come to Ndrele to load the coffee into.  Unfortunately, a lot of the remaining issues are directly tied to infrastructure.  Whereas some coffee producing countries have fantastic agronomic and industry support, the government in the DRC almost seems dead set against making exporting easy.  The export inspection process took months (not days), and again there were many “fees” that had to be paid, and of course the delays due to the roads.  Did I mention the roads? 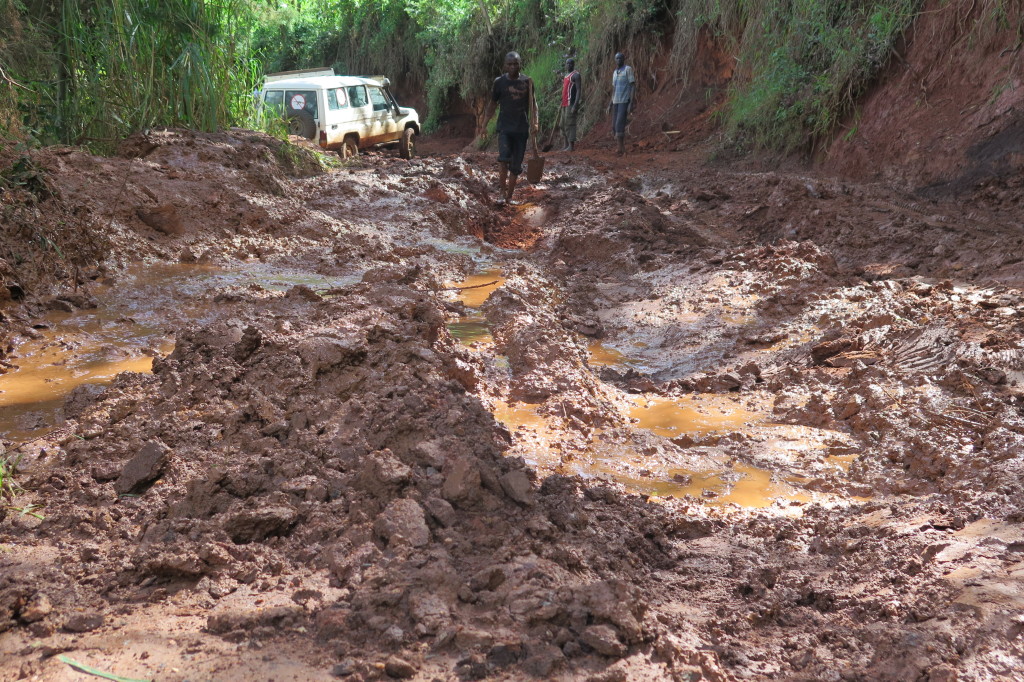 Meanwhile, back in New Jersey, the first container arrived some 10 months after our initial samples were received.  While some flashes of their former glory were still evident to various degrees, most of the lots were, not unexpectedly, a bit tired.  It was very sad to see the potential of such great coffee and the hard work and dedication of the farmers be undermined by time and delays outside of their control.  However, we strongly believe in building quality so we contracted coffee from the current harvest and I am pleased to say  that our second-ever container from Kawa Maber just arrived in New Jersey earlier this month.  We're also excited to report that, while there is work yet to do, the majority of the coffee arrived in great shape.  Sometimes coffee can break your heart, but this month, it also gave us renewed encouragement and excitement to partner with communities and invest in their growth and improvement.  Relationship coffee is about much more than just buying the fanciest lot. It’s about investing in mutual benefit through our favorite beverage.