Reflections on ASIC: the Best Conference You’ve Barely Heard Of

ASIC (Association for Science and Information on Coffee) may be the best coffee conference you’ve never heard of. Founded in 1966 as the “Association Scientifique International pour le Café”, it’s the oldest specialty coffee conference on the books. This global scientific event offers a chance for the scientific community to come together every other year to hear and give lectures on a topics ranging in scope from genetics and breeding to coffee chemistry and sensory science to economics and sustainability. If the subject has to do with coffee and science, there’s a lecture on the topic, and an expert or three on the subject matter.

Over the course of four days, full conference attendees hear over 80 lectures ranging in length from 15 to 45 minutes. This year ASIC took place in Portland, Oregon – the first time it’s been held in the US since 1991—and I was fortunate enough to attend the conference’s first-ever “Industry Day”, a one-day series of lectures geared specifically for (non-scientific) coffee industry professionals. Some of the lectures included titles such as “Applications and Regulation of CRISPR System-Mediated Targeted Mutagenesis in Agriculture,” “Cold Brew Shelf Life and Extraction Temperature: What it Means and Why it Matters,” and “A Comprehensive Estimate of Global Coffee Farm Populations.” Make no mistake: this is a conference full of scientists who study coffee, not coffee people who dabble in science.  While the lectures themselves were intellectually compelling, my unexpected takeaway from the conference was how refreshing, non-schmoozy, the atmosphere was, and how accessible the lecturers and other attendees were. The very lack of pressure to network led to legitimate connections, even between a non-scientist such as myself, and others in the scientific community.

I queried a few of the panelists and attendees that I connected with at the conference for their feedback as well.

"...I found ASIC to be the perfect event that aims to bridge the gap between scientific research and the coffee industry. The main takeaway I gained attending ASIC was that there are incredible scientists dedicated toward researching innovative solutions across all aspects of the coffee sector, from more efficient brewing technology to climate adaptive capabilities at farm level. I was inspired to see the breath and diversity of scientists represented at ASIC, with individuals coming from all over the world to engage and learn from one another... ASIC provides an opportunity for the scientific community and coffee professionals to have a platform to learn from one another with is essential for the longevity and sustainability of the coffee sector. By closing the research gap in coffee, we will be able to ensure the future of coffee. Innovation and scientific research is essential if we are to combat climate change, pests and diseases and increasing demand for coffee.The coffee industry is multi-dimensional, and events such as ASIC allow for the true heroes (scientists) to have a chance to share their knowledge, which I found to be powerful and inspiring. Innovative technology and solutions is essential and would not be possible without the dedication and commitment of scientists. "

-Stephanie Alcala, Sustainability Supervisor at Coffee Manufactory, who presented a poster on  the 'Soil carbon dynamics in coffee-avocado intercropping systems in coastal California" and presented on "The Genealogy of the Western Panamanian Gesha Cultivar" 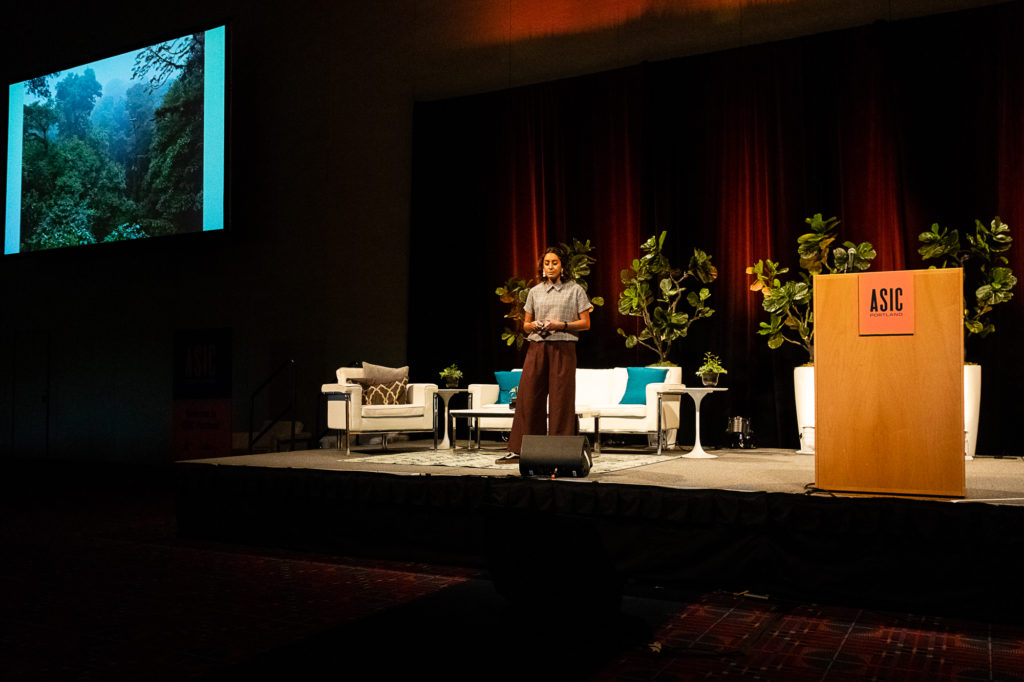 “First, I found ASIC to be deeply inspirational and I would definitely recommend that more coffee professionals attend. It was a stunning reminder of not only how little we know about coffee--but how often the things we think we know about coffee turn out to be untrue. My favorite talk, from Enveritas' David Browning, broke down the myth of the often-cited statistic of '20-25 million' coffee farmers in the world. They are working to count the number of coffee farms in the world (much easier than deciphering who is/isn't a 'farmer'), and their data show that the number is closer to 12.5 million coffee farms. I was fascinated by many of the more traditional, hardcore science presentations but this talk blew me away. It was so simple on the surface, but it got me wondering if all the other zillion bits of facts and information we as coffee professionals believe are demonstrably and repeatably true.”

"I have been especially impressed with the detailed study, analysis and information on Post-harvest processing. I have been interested in aroma of honey coffee and natural coffee. As it is difficult of my knowledge building to systematically study and develop, it was good that I could hear the presentation of chemical and biological, etc. approaches at this ASIC."

"Attending ASIC was an incredible opportunity.  On industry day, the flow of topics and presenters was at a high level of investigation, and breaking work.  Showing what we "know" but also showing, so much that we do not know, and assumptions that are sometimes found to be wrong.  Often in coffee we are surrounded by people who are "coffee" people, so we run the risk of saying the same things in different ways. Because this was a science conference FIRST,  It was refreshing to hear ideas being challenged, and stretching further to solve problems.  What I found to be so useful, was understanding what new works are being done around the world that influence coffee,  but also having the opportunities to discuss and ask questions with the presenters and other attendees later.  I was especially excited about a discussion I had about  mycorrihizal  fungi being used in coffee applications in East Africa, but there were so many exciting projects!"

"There was so much I enjoyed about ASIC.  I think I only missed two or three lectures [out of 80 or so], and it was much better than a standard science conference. It wasn't dry, it provided an opportunity to network, to see the scientific posters, and see presentations on such a wide variety of topics. To me, as a scientist, it was eye opening, a one-in-a-lifetime opportunity, and I'm planning on going to the next one no matter where it is."

While nearly every presentation or panel was informative, a few stuck with me as particularly riveting.

In “Battling Coffee Leaf Rust Through Genetics and More,” Christophe Montagnon talked about what World Coffee Research (WRC) and other scientific organizations are doing to combat coffee rust, an aggressive plant fungus that causes coffee plant leaves to wither and significantly reduce coffee yields. After running through the history of rust and listing mainstream rust-prevention strategies such as planting rust-resistant hybrids and chemical spraying, he focused on current strategies on how to live with coffee rust while mitigating its effects.

For example, scientist Jacques Avelino and his team at Cirad are studying the interaction between the shape of shade-cover leaves and the dissemination of rust, as well as the effects of leaf rigidity and tree height. Larger leaves have higher raindrop kinetic energy/splash effect, which disseminate coffee rust more quickly.  Their team is also learning about the link between rust and plant nutrition. In one study they did, they found that at lower elevations spraying is more effective in reducing rust, but at elevations >1,000 meters above sea level, where most specialty coffee is grown, good fertilization and plant nutrition were more effective than spraying only. Montagnon dreamed about the idea of a shade-tree catalog where farmers could plant trees that worked with their specific needs, budgets, and region. He also spoke of a new F1 with hybrid vigor and rust resistance that can go a long way in winning the rust wars.

Another presenter, Dr. N. Surya Prakash Rao, Head of Plant Breeding & Genetics at the Central Coffee Research Institute in India, spoke of the history of coffee breeding genetics and said that during the 1920s to late 1940s the initial objective of coffee plant breeding was to increase yield, quality, and adaptability, and that –with the exception of India (coffee rust hit earlier there)—breeding for disease resistance was not a high priority.  Now there’s a real threat on the ability of the rust pathogen to mutate into new strains leading to a breakdown of resistance, and that current rust challenges include breeding for durable resistance; open/shade cultivation; consequences of climate change; rising costs of cultivation; demand for new generation, climate-resilient coffee varieties with consumer acceptability. This all made me think of Robusta and its friends, Castillo, Catimore, Sarchimore, and give a silent word of thanks to the role the humble Robusta has played in the fight against rust.  In fact, Kyle Tush, Coffee Quality Specialist at Counter Culture Coffee, attended the full conference and shared that he learned from mycologist (fungus expert!) Dr. Catherine Aime that there was a Roman god of rust named Robigus, and even a festival of honor of her to protect what crops from the blight. Also, there are 6000 species of rust fungi. 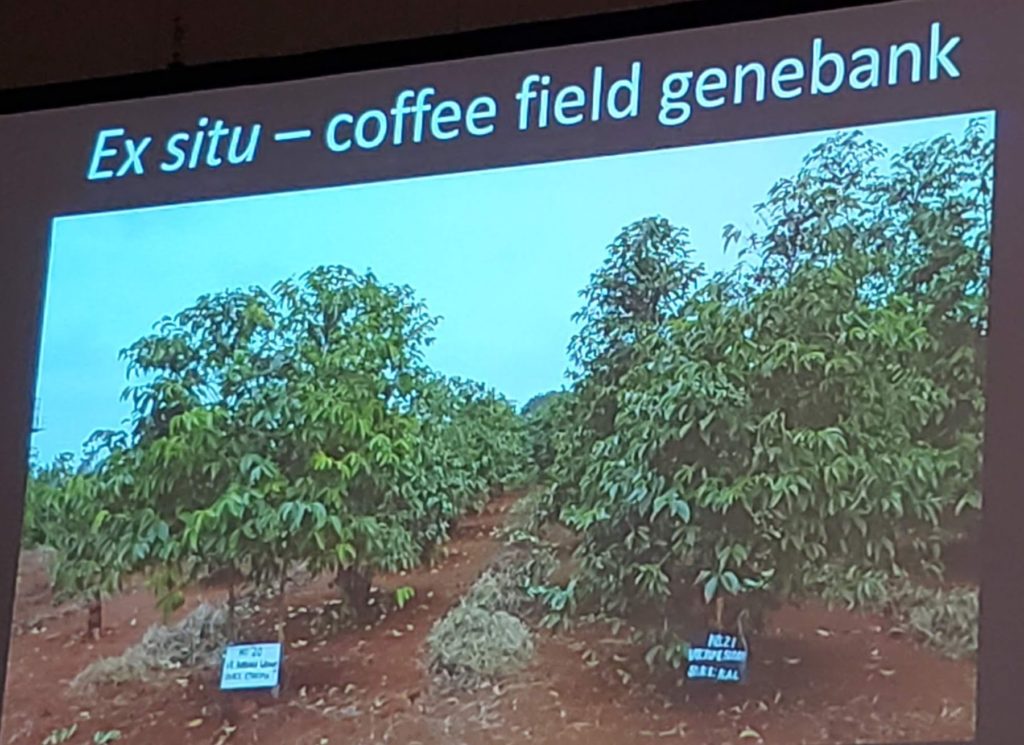 With rust and other plant diseases so prevalent, coffee plant diversity seems even more vital, which is what Dr. Sarada Krishnan, Director of Horticulture and the Center for Global Initiative at the Denver Botanic Gardens, address. She is leading a project on behalf of WCR and the Global Crop Diversity Trust to conserve wild coffee species, and said that the lack of diversity in coffee, especially within arabica, makes it vulnerable to diseases such as Coffee Leaf Rust, Coffee Berry Borer, and Coffee Berry Disease. She stressed the importance of maintaining a wide genetic diversity both in situ (e.g. wild coffee forests in Ethiopia) and ex situ - through the use of gene banks (particularly since arabica coffee cannot be conserved as a seed in a seed bank). There are currently 31 gene banks around the world, many of which were planted in the early 50s, to maintain these wild coffee species, but many of the banks have been neglected and underfunded. WRC and Crop Trust are working to change that by securing long-term funding through a Crop Diversity Endowment Fund. 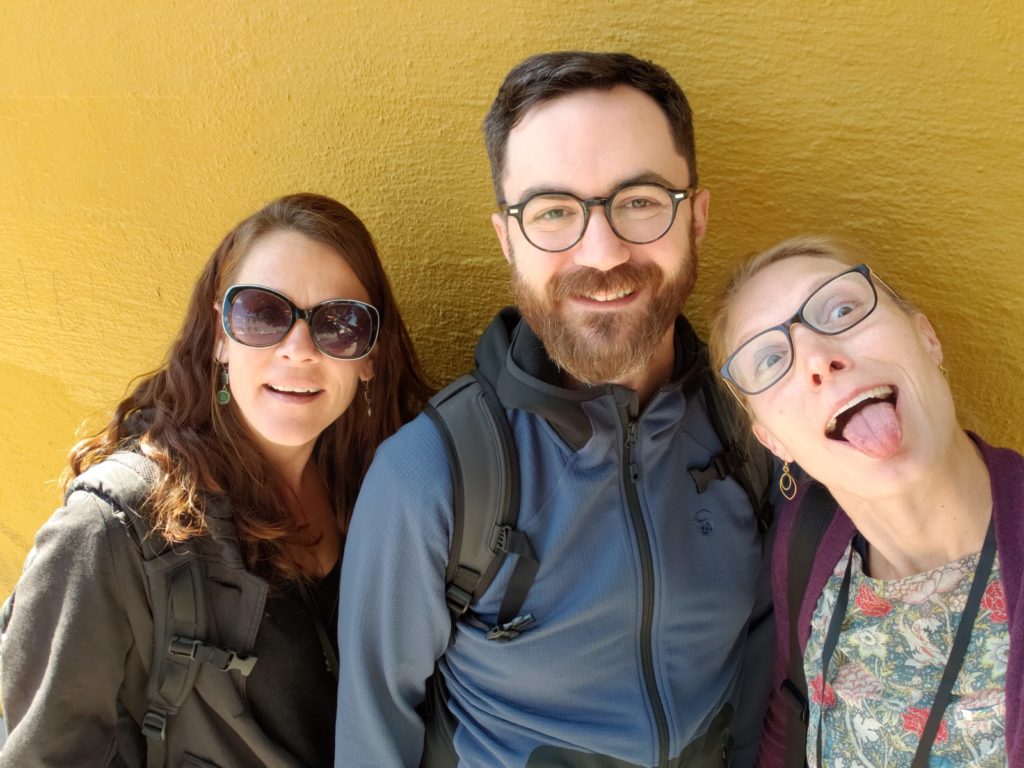 I left my 1-day view into the life of a coffee scientist overwhelmed and fascinated by many of the presentations, including one on how the new SCA flavor wheel descriptors were developed;  the role of post-harvest processing and various factors affecting quality; and an experiment on using linguistic terms instead of numerical values for the fuzzy-logic portions of the SCA Cupping Form (*all portions aside from Uniformity, Clean Cup, and Sweetness).

After even one day, my brain was full, my curiosity brimming, and my energy renewed in our industry. If you have the chance to attend ASIC in the future—scientist or not—jump at it feet first, with lots of note-taking paper in hand.