Our 2016 Brazil trip began in Belo Horizonte, the capital city of the prominent coffee growing region of Minas Gerais. From there, we drove along with scenic BR-381 highway to the town of Santo Antônio do Amparo. Atlas was hosted at the beautiful Engenho da Gloria farm owned by Henrique Dias Cambraia. The farm has been in the Cambraia family since 1896, and is a sight to see with its lush gardens, Brazilian colonial architecture and white walls contrasting with bright blue window frames. 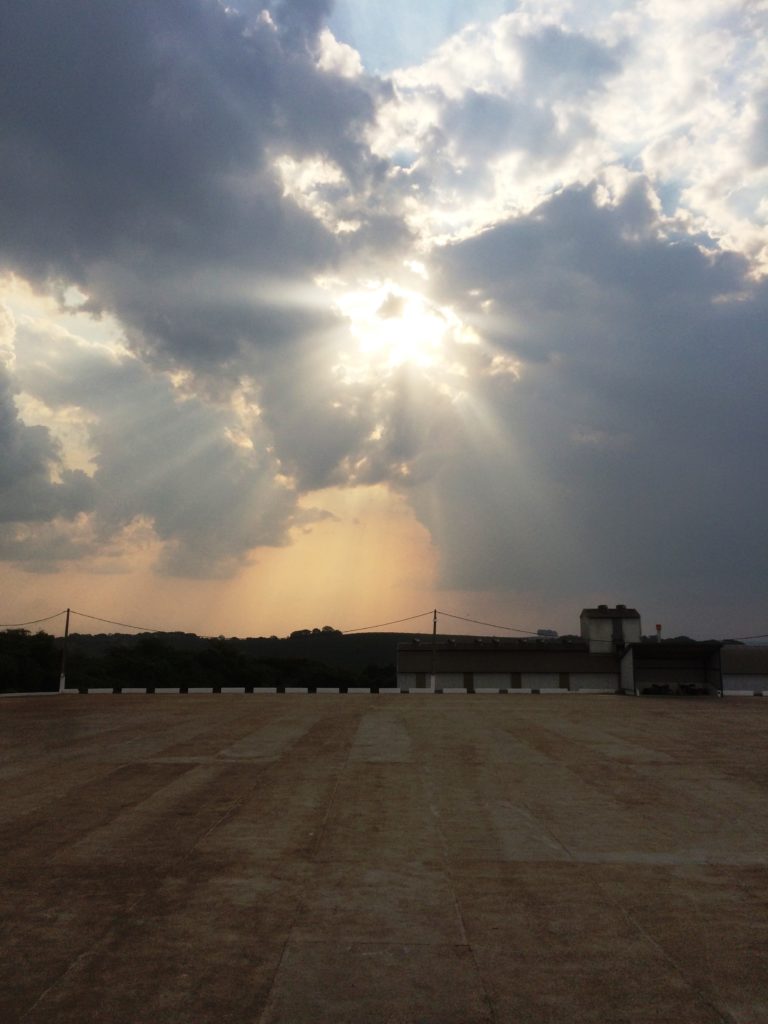 Soon after arriving, we began our 2016 cupping with AFASA (Associação dos Agricultores Familiares de Santo Antônio do Amparo.) This was the 4th year of the competition and it was a resounding success with overall quality markedly up from previous years.  Some of the stand out lots include flavor notes of cherry, toffee, brown sugar and spice. Look out for new arrivals from competition winners Domingos Savio de Oliveira, Jose Tiago Peixoto,  Sebastiao Peixoto, Jose Afonso do Nascimento and Fabio Nishimura Kanadani. AFASA is growing as an organization. They’ve expanded their storage space and membership has increased significantly. Good signs for specialty coffee in Brazil!

After the competition, we were fortunate to be given a tour by AFASA member Antonio Roberto DaCosta along with his wife and three sons. Antonio explained that in the past, he delivered his coffee to a central collection point where it was blended with other lots to be sold as bica corrida. Through his participation with AFASA however, Antonio is able to sell his coffee at a premium, considerably increasing the price he receives and consequently, his incentive to work towards quality.

From Santo Antônio do Amparo, we traveled to Ecoagricola farm, in northeastern Minas Gerais.   The farm is located in the Cerrado Mineiro region in the Serra do Cabral Plateau. While at Ecoagricola, we cupped some tasty coffees and were showed around the beautiful region. It was fascinating to see the diversity of Brazil’s landscape highlighted here. We saw bizarre plant life, amazing rock formations and quartz crystals littering the ground. Much dryer than where we were in the southern part of Minas, the Serra do Cabral nonetheless has abundant access to water for irrigation thanks to its proximity to the vast San Francisco River. The irrigation process had begun during our visit and we were able to see large clusters of incredibly sweet smelling flowers. 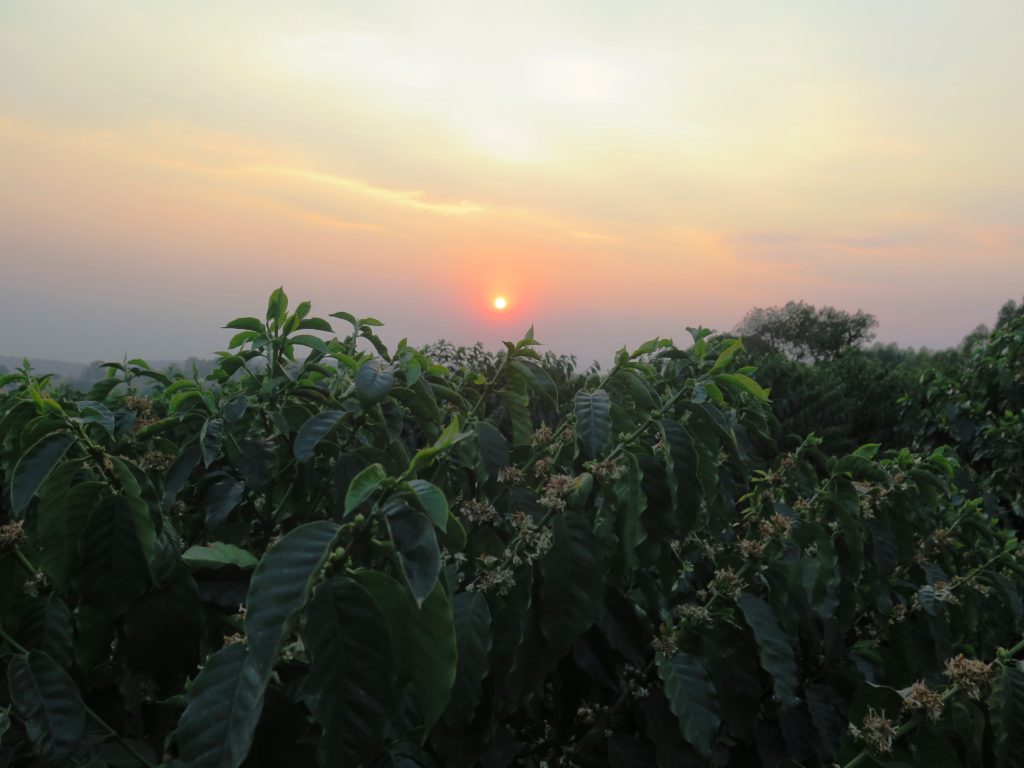 The last leg of our trip was spent in the beautiful city of Santos, the largest sea-port in South America and one with a rich coffee history. We visited the opulent Coffee Exchange Building housing the Santos Museu do Café (Coffee Museum). It was here where Brazil’s rich and powerful coffee barons once negotiated prices.  One of our export partners, Mitsui Alimentos, also gave us a tour of their Santos office where we saw them busy in the work of selecting, grading and cupping coffee. 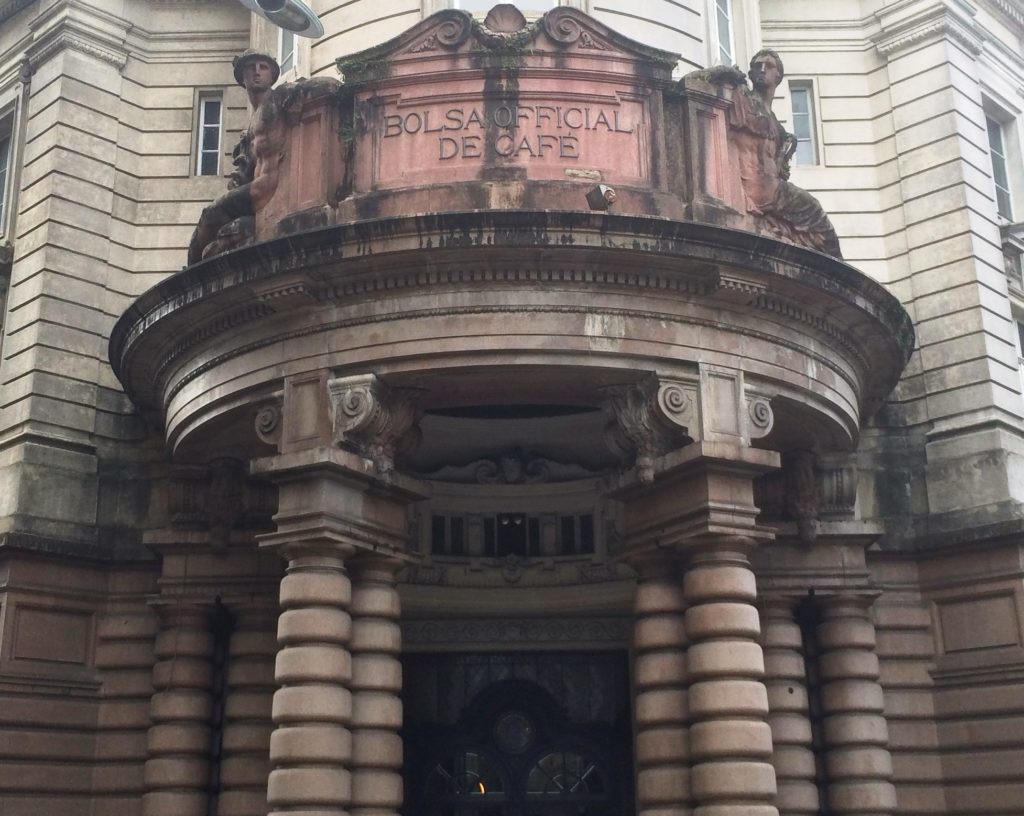 Brazil is an amazing origin with a rich history and is an important part of the coffee market. We continue to see our partners in the country making great strides in terms of quality and we’ll keep going back to bring you more fantastic lots.