Arabica coffee was introduced to Java in 1699, and exported to Europe 12 years later in 1711. Harvests were plentiful over the next 150 years, until coffee rust disease first hit the area in 1878. The Dutch planted Arabica at even higher altitudes in an attempt to combat the fungus and they were indeed successful, although it was slow-moving. The fertile volcanic soil and cooler temperatures also aided in healthy tree development. It was at this time that Robusta was also introduced to the island, as a substitute for the loss of Arabica. The historical significance of Java coffee is not to be overlooked. Up until the early 1900’s, it commanded huge premiums along with Yemeni Mocha, often 10-15 times greater than Brazilian coffees at that time. Coffee was also planted first on Java, before any other Indonesian island.

Most coffee farms in East Java are monocultures, however many farmers are using permanent sub-tropical and tropical shade trees to provide 30-50% shade to their farms. Although coffee is by far the most competitive cash crop for producers, inter-cropping is becoming more commonplace, with crops such as the vegetable bean, avocados, and even timber. Most producers are growing S795, which belongs to the Typica family. USDA 762 is also grown on the island, although in much smaller quantities. The majority of coffee grown on the island is produced by smallholders totaling 3000 hecatres, but there are still several major estates such as Blawan, Jampit, Pancoer, Kayumas and Tugosari which account for more than 4000 hectares. 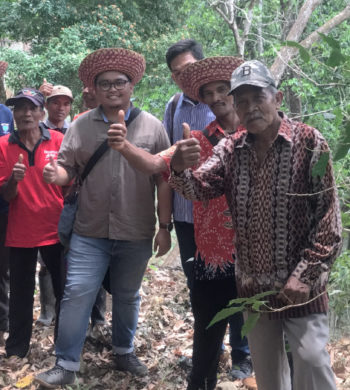