Sun-dried on raised beds at coop

Kopakama cooperative is located in the Rutsiro district, Western Province, around 10 km east of Lake Kivu.  While Kopakama have been producing coffee since 1998, they are a relatively new group to Atlas.  Currently the coop has 687 members (including 262 women,) with each producer owning 762 trees on average. Kopakama built one washing station in 2005 (Mushubati), and a second, slightly smaller washing station in 2012 (Nyagatare). In 2017, Kopakama is looking to build two additional washing stations so some members don’t have to travel as far to delivery their coffee cherries.

In 2010, Kopakama established a women’s producer group named Ejo Heza (“a beatiful tomorrow”), with women representing 2 of the 5 Kopakama board-member positions.  Together the members of Ejo Heza purchased a community field of 1.2 hectares with 3,000 trees.  The women collect and deliver to the coop coffee from their shared communal plot along with coffee they collect from their individual family plots.  In partnership with UK-based NGO Twin, Kopakama is also working to improve water distribution to the village near one of the washing stations.  Promotion of sustainable agricultural practices such as planting ground cover and umbrella/shade trees is another key initiative.  Kopakama is also a regular participant in Rwanda’s Cup of Excellence ™ competition, routinely scoring very well in the final rounds.

In February 2016, Atlas and Twin facilitated a one-day cupping training for 36 female and male producers. During this training, farmers were able to learn the basics of cupping as well as positive and negative flavor attributes that roasters and traders look for (or avoid!)  The training also included a blind cupping with high and low-scoring coffees from a similar region, which led to some lively discussion by the producers as to why they thought a certain coffee deserved a high or a low score.

Processing at Kopakama is similar to other coffee cooperatives in Rwanda.  After coffee cherries are delivered to the washing station, the coffee is pulped and dry-fermented for ~2 days, then rinsed and soaked for another 24 hours. Wet parchment is hand-picked on covered raised beds before being moved to the drying beds. We look forward to receiving future lots of high-quality coffee from Kopakama, and continuing our partnership with them. 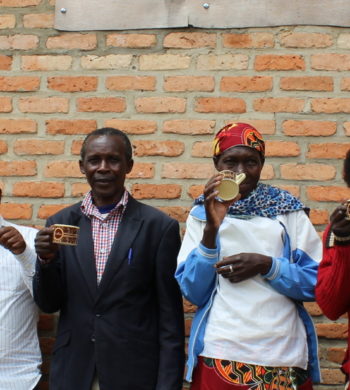 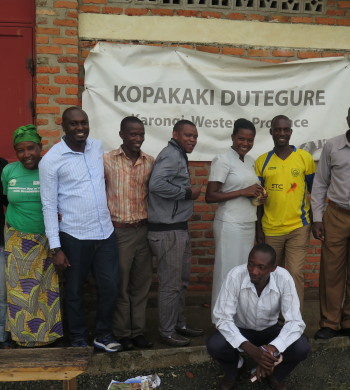