In the mid-18th Century, when Indonesia was still under Dutch occupation, the Dutch East India Company brought Arabica coffee plants to archipelago. The Dutch started by planting coffee around Batavia (Jakarta), and farther South, near Sukabumi and Bogor. Over time, coffee plantations spread to East Java, Central Java, West Java, Sumatra and Sulawesi.

While Indonesia coffee production began on Java, today it is Sumatra that most North American buyers think of when asked to describe Indonesian coffee. It has a sweet, earthy, low-acid profile that is truly distinctive. A significant factor in Sumatra coffee’s one-of-a-kind profile, and global renown is the way it is processed. Early processing methods were decidedly primitive, with farmers using hollowed out logs as a mortar, and carved branches as pestles. Over time, methods became more sophisticated, but infrastructure limitations and and a convoluted/lengthy value chain played a role in processing practices that are unique in the coffee world.

While some coffees are fully washed, the vast majority of Sumatra arabica is wet hulled. This process involves pulping the coffee and letting it dry down to around 35% moisture, and then hulling it while it is very soft and wet. (Hence the prevalence of so many split and flattened beans.) After this, the coffee is dried on patios over the period of several days. Some processors pile the coffee up every night, and cover it with a tarp, which further enhances the wild, musty Sumatra flavor. The coffee is ultimately dried down to between 12 and 14% moisture for export. Unlike other origins, which adhere strictly to a 10-12% moisture spec.

Arabica coffee production is focused in the highlands of Northern Sumatra. The most well-known “region” of Sumatra is Mandheling, which is actually a trade name originally based on the Mandailing tribe, which grows coffee in the Tapanuli area. More specific growing regions are Aceh (North Central Sumatra) and Lintong (near lake Toba). Indonesia is the fifth-largest coffee producing county in the world and Sumatra is a very significant percentage of the nation’s production. With its unique sweet syrupy body, low acid, earthy flavor, it stands out from the crowd. 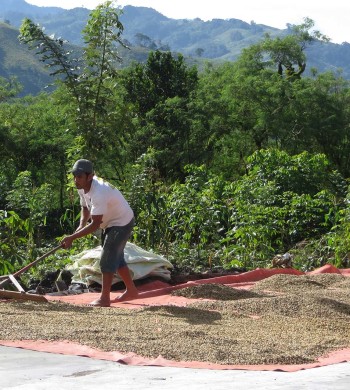 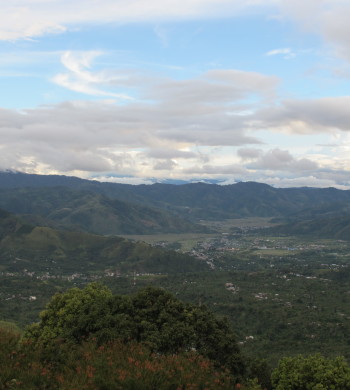