Unión Ramal Santa Cruz was founded in 2001 by Profesor Cruz José Arguello Miceli. Confronted with the historically low C Market during this time, as well as the fatigue caused by the coyote system of buying and selling coffee in southern Mexico, producers were becoming desperate. Profesor Cruz helped to form the union with the primary goal of improving the livelihoods and production of small coffee producers in the municipality of La Concordia. Nearly twenty years later, Ramal Santa Cruz has proven its ability to achieve these goals. This is greatly attributed to the recognition of their own strength and working together as a community for the betterment of the whole. Belonging to this union requires certain rules of tolerance and acceptance of collective decision making. Currently Ramal Santa Cruz has 492 members, of which 177 are women. Due to the remote nature of their producing area, they have had to make decisions independently, chart their own future and grow their organization without outside influences.

The quality of the coffee is impacted by their organization, dedication to picking only ripe cherries, and to environmental factors. Additionally, the producers of Unión Ramal Santa Cruz have the good fortune to be situated within the El Triunfo Biosphere Reserve. El Triunfo is the most diverse evergreen cloud forest in Mexico, and one of the most important sites for bird migration. It is covered with evergreen seasonal forest, montane rainforest that contain a higher proportion of endemic plants. A number of threatened mammalian species can be found in the reserve, like the spider monkey, margay, jaguar and puma. Most producers in this area are growing coffee under shade, and in conjunction with more than 12 types and sub types of vegetation. The dense fog and heavy rains in this area, in conjunction with the mountainous landscapes, make it an ideal place for premium quality. 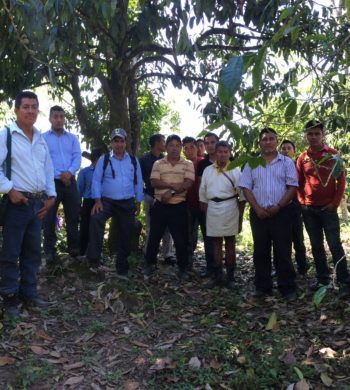