Coffee came to India in 1670 when a man named Baba Budan went to Mecca on a pilgrimage and discovered the dark brew in Yemen. The story says that he smuggled 7 coffee beans from Yemen into Mysore, India, by tying them around his waist. At that time, it was illegal to take green coffee beans out of Arabia. Once in Mysore, Baba Budan planted the seeds in the Chandragiri Hills. The location was eventually named after Baba and is now called Baba Budan Giri.

The first plantation was established in 1840 near the hills where the seeds were first planted. Cultivation of coffee spread to other areas of India and was enhanced by the British colonial presence and its drive to export the product. Along with the cultivation of coffee, the popularity of consuming coffee also spread within India, particularly in the South, where it remains a commonly enjoyed beverage today.

In the mid-19th century, coffee rust reached India, infecting the Arabica trees. By the late 1860s, the rust had become an epidemic. Many farmers replaced their Arabica trees with Robusta or Liberica, a rust tolerant hybrid. The transition to Robusta in the late 1800s had a lasting impact on coffee production in India, with Robusta composing half of all the coffee produced in India today.

Coffee production in India has steadily evolved while maintaining many unique traditions from its long history. One interesting relic is the processing of Monsooned coffee. Export of coffee from India into Europe began during the age of wooden sailing ships. The voyage took about 6 months to complete. Due to its long exposure to damp ocean air, the coffee took on a unique golden yellow color and a distinct musty flavor. Once steamships came into use, the voyage became much shorter, and coffee reached its destination without undergoing the same transformation. However, consumers in Europe had developed an affinity for the distinct flavor they identified with coffee from India. So the coffee producers intentionally exposed the coffee to Monsoon winds to recreate the process that occurred on the long sea voyages of the past. Monsooned coffee is still popular today.

Currently, India is the sixth-largest coffee producer globally, accounting for over four percent of global coffee production. Although India was one of the earliest growers of Arabica, it now produces a higher percentage of Robusta. The Arabica grown in India grows between 1,000 and 1,500 meters above sea level. 70% of the coffee farms in India are very small, often less than 10 acres. Almost all Indian coffee is shade-grown and frequently inter-cropped with pepper, cardamom, cinnamon, clove, and nutmeg. The cup quality is generally low-acid, mild, and well-balanced, with spicy notes and full body. 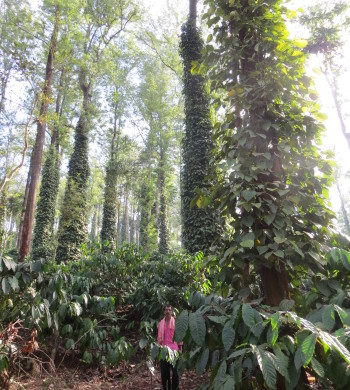 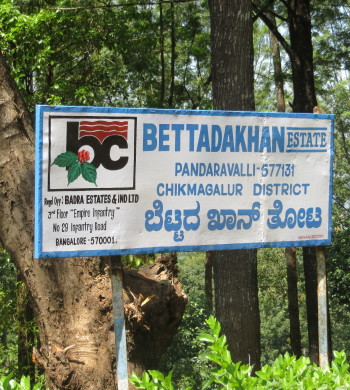