Bukonzo Joint began as a rural micro-finance society in 1999 and has evolved into a well-regarded Union of nearly 1,600 members producing some of the best coffee in the region.

Historically, Bukonzo Joint Famers produced Drugar quality for very low premiums, but decided in 2010/2011 crop year to construct the first washing stations and to try to produce a better quality coffee that would return more value to the farmers. This idea spread throughout the membership, and there are now nearly a dozen micro-washing stations producing fully washed coffee that is very well regarded by specialty buyers in the US and around the world.

In order to retain as much of the control (and profit) of the supply chain as possible, the group has invested in setting up their own central milling, hulling, sorting, and storage facilities. In 2015, roaster clients joined together with Atlas and Bukonzo Joint to jointly fund the building, outfitting, and initial training for an on-site cupping lab. Four BJCU staff spent a week training with Atlas on the basics of lab management and organization, sample roasting, and cupping.

One of the reasons we believe BJCU has been so successful is the group’s use of an inclusive methodology, called GALS (for Gender Action Learning Systems), in all of their activities, to ensure equal participation by both men and women in the coffee value chain and in their decision-making from the household through to the cooperative level. In 2015, BJCU won the SCAA Sustainability Award for this work.

BJCU is in a region particularly susceptible to climate change, and has experienced extreme drought/flooding in recent years, destroying infrastructure and forcing members to relocate. To support its members mitigate the impacts of climate BJCU has distributed shade tree seedlings and organic compost to assist in climate resilience during droughts as well as improved washed-out roads in the region.

In addition to offering microlots traceable to a single micro washing station, BJCU created a profile called “Owemba,” meaning “outstanding” or “exceptional” in local language Lhukonzo. Owebma is comprised of a blend of several higher-scoring washing station lots, and its crowd-pleaser profile of chocolate, fruit, sugar browning, and spice makes it a versatile offering both in brewed and espresso settings.

BJCU farmers’ enthusiasm and eagerness to grow and improve year over year has made them one of our most inspiring groups to work with. 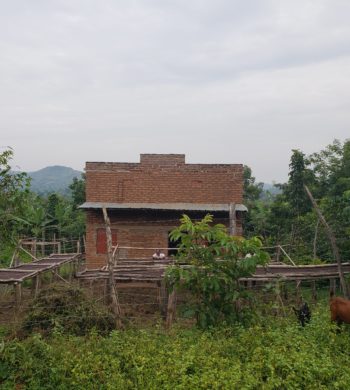