Coffee was first introduced to Myanmar (formerly Burma) in 1885 by British colonists, when missionaries established small farms around the city of Pyin Oo Lwin. Commercial production didn’t take off at first, and when the British left the coffee business went into a kind of enforced hibernation. The bulk of the coffee grown here during that time (mostly in Kachin, Mandalay, and Shan State – with smaller growing areas in Rakhine, Bago, and Mon) made its way across borders to China, Laos and Thailand via “unofficial” transactions.

For the next fifty years or so, the coffee trade inched along on a fairly limited scale. Over the last several years, however, several organizations have begun to put more focus on the coffee trade as the Myanmar economy has opened up. Private entities and NGOs have been working with growers to improve agronomy and harvesting practices, and investments in milling and education have brought about the birth of a true specialty coffee business in the country.

Mandalay and Shan State produce the majority of the coffee in Myanmar. In Mandalay, most of the farmers own large estates, and produce washed coffee. Shan State producers are almost exclusively smallholders, most of whom own less than a hectare of land, and produce natural-process coffees. Coffee is primarily exported to China, South Korea, Malaysia, and Japan.

Atlas has been involved in  Myanmar's specialty coffee scene 2014, when Al Liu traveled there with Winrock to meet with coffee producers and educate them about international coffee markets.  Craig Holt visited shortly thereafter, and has since visited over half a dozen times in conjunction with the Coffee Quality Institute (CQI) to improve quality, processing, and market access as part of a 5-year USAID Value Chains for Rural development project. In 2016 Atlas imported the first specialty-coffee containers from Myanmar to the US market, primarily natural-processed coffees from Southern Shan State. Roasters enthusiastically embraced the coffee for its unique flavor profile, and demand has remained steady.

The climate in Myanmar’s highlands – hot days, cool nights – lends itself well to coffee cultivation. Given the relative predictability of very dry and hot weather during harvest season, it is particularly well-suited to natural processing, though a significant amount of washed coffee is also produced.

Myanmar currently produces between 3,500-4,000 metric tons of coffee annually (although official estimates are closer to 7,000 MT), 70% of which is arabica.  Washed coffee makes up the vast majority (95%) of  production, with estimates for natural-produced coffee hovering around 100~150 MT/year. The washed coffees are expensive and lack a US market since they don't score well enough to be single-origin, but are over 100 usc/lb more expensive than similar-tasting washed milds.

Harvest occurs from late December to April, with late summer/early fall arrivals in the US. 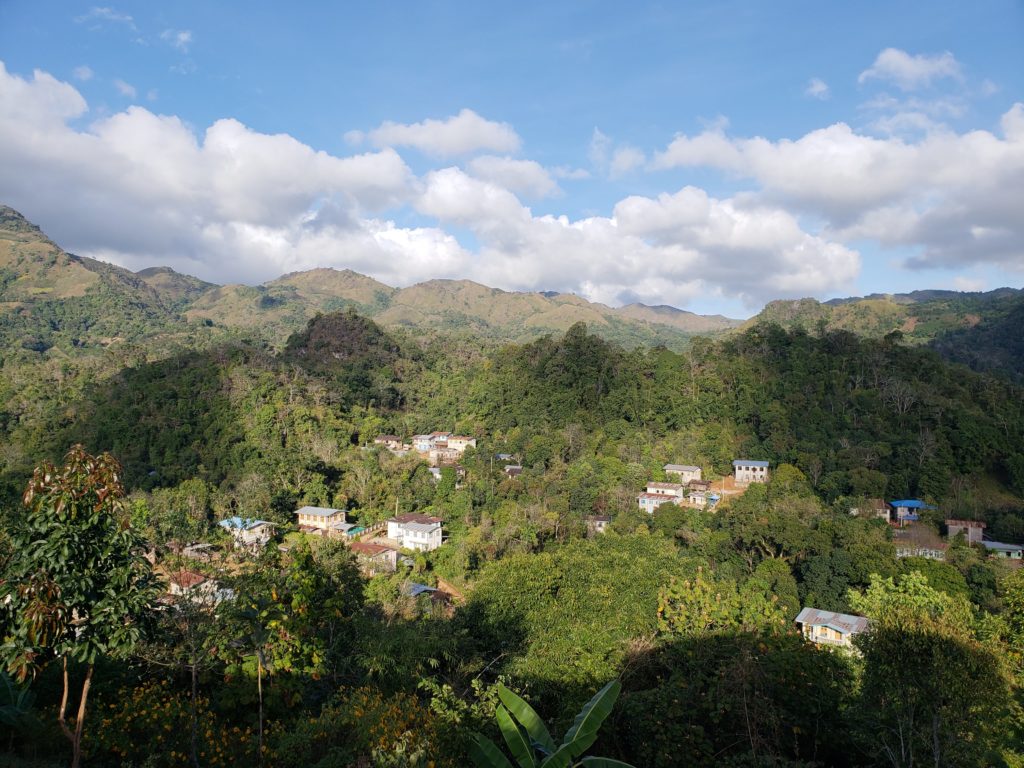 The image below represents the top 40 flavors our QC team and qualified cupping panel have used to describe pre-ships and arrivals of coffees from Myanmar. Natural-processed coffee from Myanmar is so clean and bright that many people think it's a washed-processed coffee, but the body is medium-full and so the coffee shines equally as bright as a single-origin offering or blend component. The flavor profile is so unique that it's easy to pick out a natural-processed Myanmar coffee blind on a table full of naturals, and we see this cup profile as one of the most exciting and sustainable features of Myanmar's coffee industry. 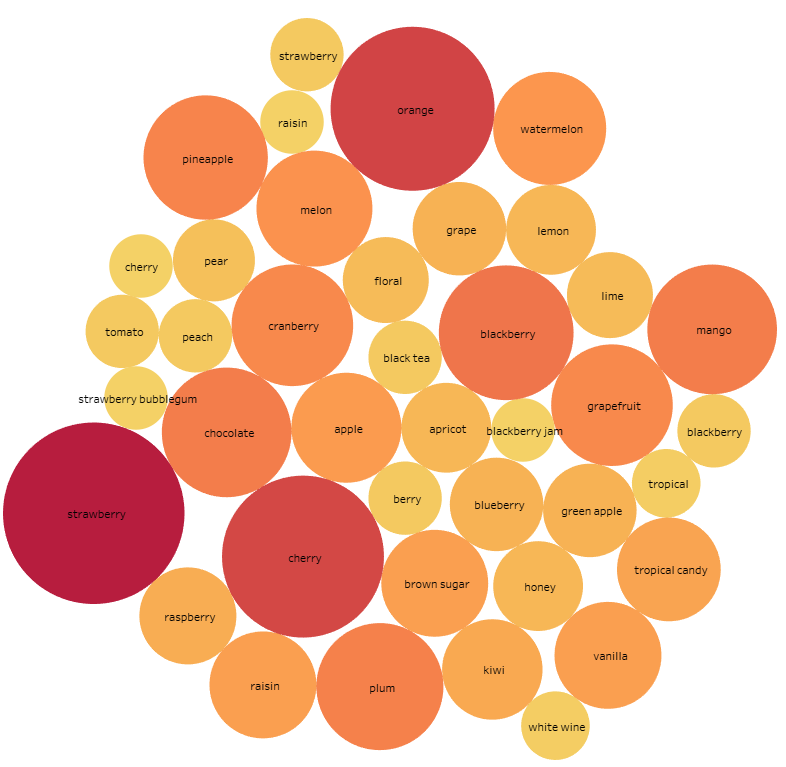 The tremendous success of the public-private partnerships (USAID; Winrock; CQI; Atlas; others) over the past five years, along with a unique flavor profile for the natural-processed coffees, has allowed coffee producers in Myanmar to enter the specialty market fetching top prices of between low 3-dollar to mid 4-dollar outright FOB for their highest-scoring (85-87 SCA points) lots.

Atlas currently purchases from around a dozen communities of the 18 communities currently a part of the specialty coffee group in Southern Shan State. During our last visit (Dec 2018) we were pleased to learn about the growth and development of Shwe Thaung Thu, a leadership group with one representative from each community, with the goal of providing technical assistance, market linkages, and financing to members.

As the specialty-coffee scene in Myanmar matures, we see tremendous opportunity to create market linkages and work on price discovery for Myanmar's natural-processed blenders (80-82 point) and mid-range (83-85 point) offerings in addition to refining the pricing structure for the high-end lots (85-87 points).

We also see opportunity to improve productivity (which is currently quite low, and inconsistent from community to community). As we work toward price discovery with Myanmar's specialty coffee producers, we also see this as a unique platform to talk about the cost of sustainable production on a national level. 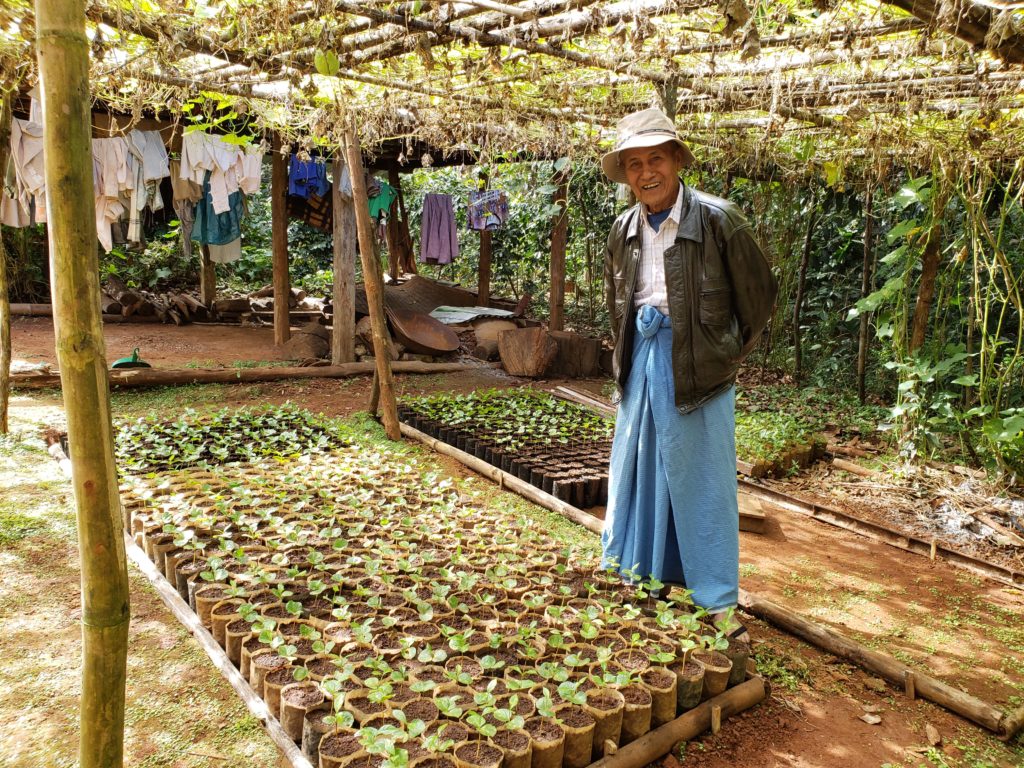