On Saturday, May 22nd, Mount Nyiragongo, one of the world’s most active and deadly volcanoes, erupted, triggering panic in the nearby city of Goma (official population 670,000; actual population ~2 million). The lava flows reached the northern end of the city, stopping just short of the Goma airport but destroying 17 villages and over 1,000 houses along the way. On Tuesday, May 25th, an earthquake on the border of Congo and Rwanda damaged buildings. Lava flows were found beneath Lake Kivu, stoking renewed fears of a second volcanic eruption or an eruption under the lake, which could release deadly clouds of carbon dioxide and methane. 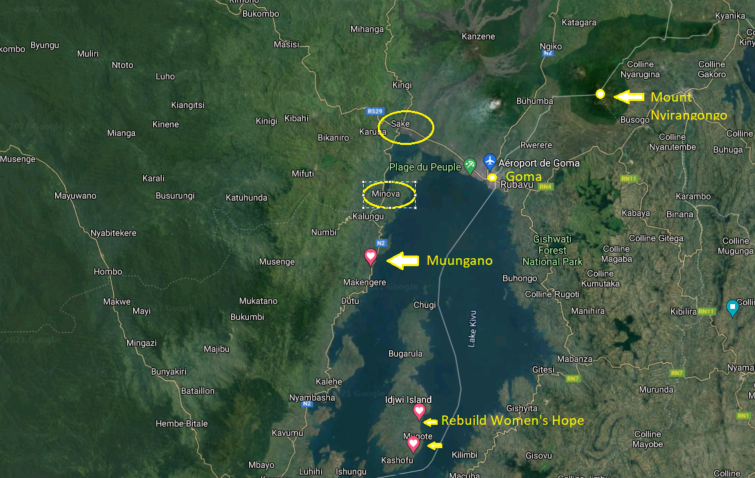 The DRC government ordered the evacuation of the eastern part of the city of Goma on late Wednesday, May 26th, telling residents to evacuate by road ~14 miles west to the town of Sake. Tens of thousands of residents have started to evacuate east across the border to Rwanda and west to the smaller towns of Sake and Minova. Relief organizations are pushing to open Goma airport to bring in emergency supplies as soon as possible, as some roads are unpassable. See live updates on the situation here. 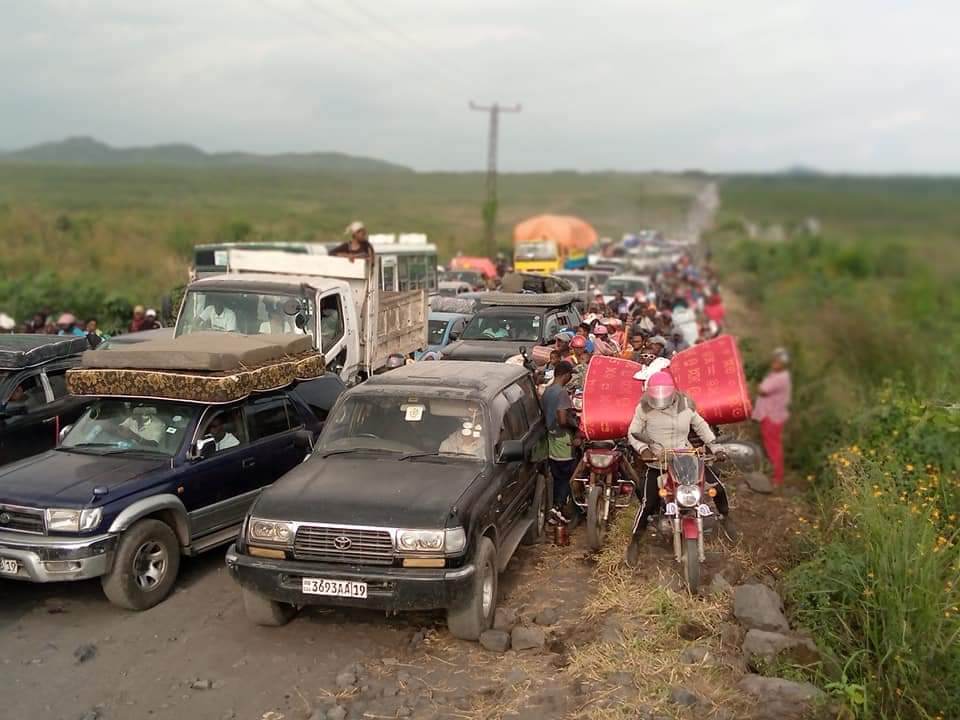 The road from Goma towards Sake and Minova. Photo used with permission and courtesy of On the Ground.

Impacts on our coffee-growing partners

While our coffee-growing partners in DRC, Muungano and Rebuild Women’s Hope, are located farther south on the western shore of Lake Kivu and Idjwi Island, respectively, some live or have families who live in Goma, the largest city in eastern DRC. As of our latest news, all are safe and have evacuated Goma.

The dry mill that both groups use is in Goma, across the street from the airport. It is currently closed, and the eruption’s impact on the building structure is not yet known.

One of our partners has parchment currently in the dry mill (for a different client) and will actively try to assess and/or remove the coffee once it is safe to return to Goma. Over 60% of the hand-sorters for one of our partners live in the neighborhoods north of Goma and have lost their homes due to the lava flow path.

Immediate funds are needed for aid and supplies for internally displaced people. We cannot overstate the seriousness of the current situation for this region. We are keeping all coffee contracts in place as-is until the tremors settle and we have more information about potential longer-term impacts for coffee milling, shipping, and export paths.

We are in contact with our partners to find out their specific needs and provide updates as the situation evolves. In the meantime, here are some groups who are working in the region and collecting donations. Please consider supporting these groups as you are interested and/or able.

On the Ground, a non-profit founded by coffee groups Amavida, Higher Grounds Trading Company, Wonderstate Coffee, and Just Coffee Co-op, already works and has close connections in DR Congo and is currently donating all proceeds to provide relief for displaced people in Minova. You can donate here. They have already sent one round of emergency relief and are looking to send additional support as soon as possible.