In February 2021, my father-in-law—an avid road cyclist—got into an accident during a ride and damaged one of his shifters. When he took his bike into the shop, the mechanic looked up the part and told him it was backordered until August. “August!?” he repeated, not sure he had heard correctly. “August,” the mechanic confirmed.

When my father-in-law told me this story in April and said he was thankful he could still cycle but that riding hills was difficult since he was stuck in a high gear, I replied, “What’s the part number? I’m stubborn and love research, so I’m pretty sure I’ll be able to find that shifter.”

Famous last words: after hours of internet scouring and a dozen phone calls to bike shops around the country with no success, I finally admitted defeat. One mechanic even said, “We have so many bike builds on hold due to this one part, but good luck!” Neither luck nor the part was to be found because the part was still in its country of manufacture of Malaysia (no clue where luck is currently residing). 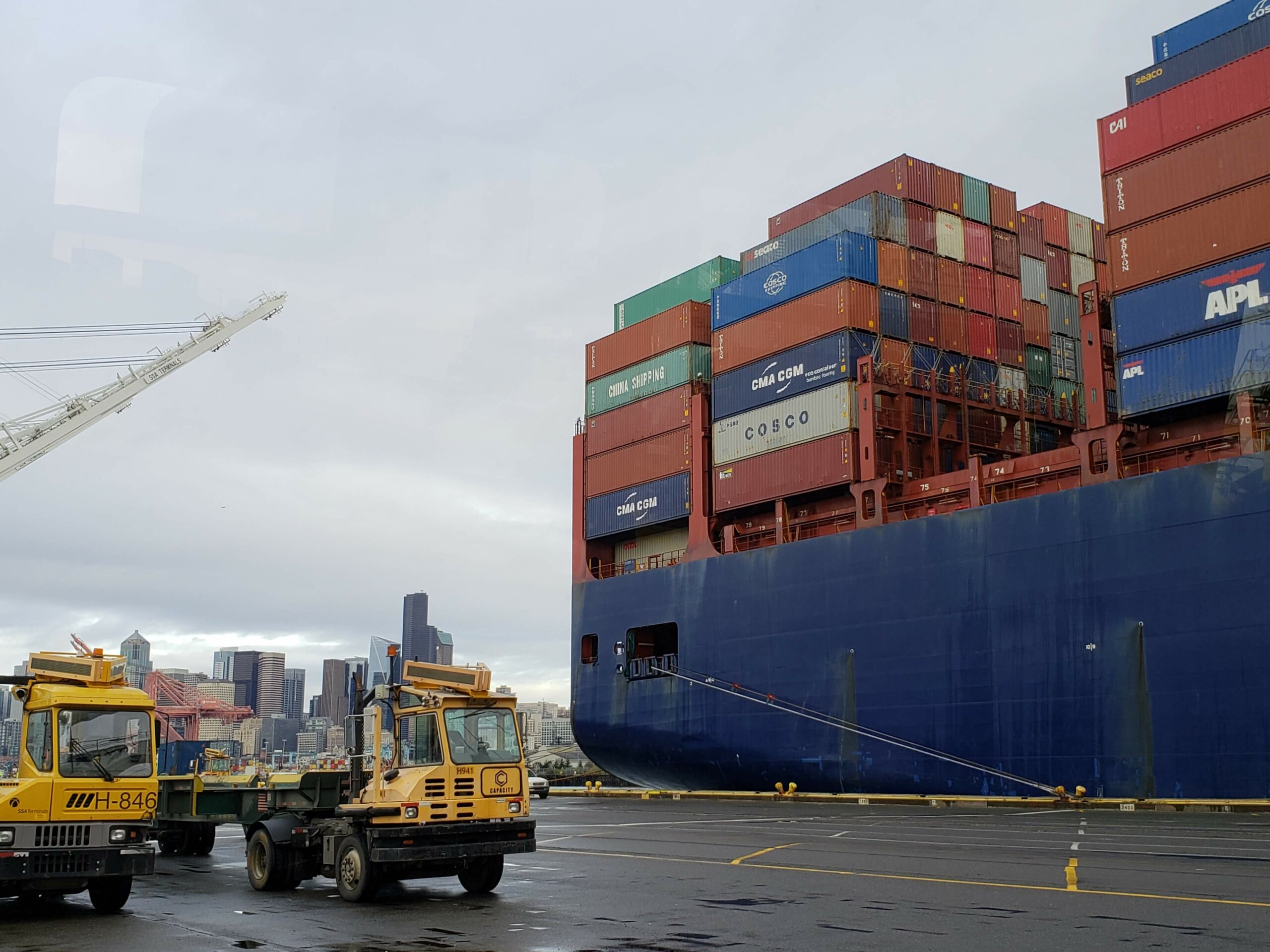 Meanwhile, we’re seeing unprecedented delays in coffee shipments, with some containers taking 2-4 months longer than prior years to move from origin port to destination port. So, the factors kicking my father-in-law (literally) in high gear and the factors delaying your Colombia Supremo are the same: there are simply not enough empty containers in the ports where we need them, and not enough containers in general to keep up with demand, among other reasons.

A quote from this NYT article in March 2021 stated it well: “Viewed broadly, the volume of global trade dipped by only 1 percent in 2020 compared with the previous year. But that doesn’t reflect how the year unfolded — with a plunge of more than 12 percent in April and May, followed by an equally dramatic reversal. The system could not adjust, leaving containers in the wrong places, and pushing shipping prices to extraordinary heights.”

As part of the Neumann Kaffee Gruppe, we have negotiated rates with multiple steam ship lines (e.g., Maersk, MSC, etc) on most of our regular shipping lanes, but due to container shortages, steamship lines are not always able to respect the rates, and/or not accepting bookings. The situation has led to multiple delays and dramatic YOY cost increases with few alternatives: the coffee has already been processed and prepared for export, and it needs to ship. Thankfully, it has, and it will continue to ship, just not in the way, cost, or timeframe we’re accustomed to.

Additionally, prior to the pandemic, ETAs from port to port were extremely reliable, and we would be able to forecast—within a day or two—the time each lane took: e.g., 42 days from the port of Mombasa to the port of Seattle with XYZ steamship line. Now, even after coffee is loaded onto a vessel, arrival ETAs are being updated/pushed back regularly by the steamship line due to extensive delays at various transshipment points.

So what does one do when the global shipping industry seems like it's falling like 226 million* dominoes without an end in sight? *Approximate 226 million container boxes are shipped each year, according to this article.

In the case of this coffee-logistics geek, one picks up a pen and creates a logistics comic. Nothing combats despair quite like a high-quality paintbrush.

In all seriousness, like many in the coffee industry, we’re doing all that we can to keep shipments moving by:

Indeed, we don’t know when the constraint on global logistics will ease. For the moment, we’re all cycling up a mountain on high gear.

But—at the risk of sounding or being cheesy—we are all in this together. It’s not called a global supply chain for nothing. Planning was thrown out the window for roasters and importers and producers alike early last year. Instead, we’re finding new ways to navigate these new waters – be it using a coffee from an origin you’re unfamiliar with as a substitute, working with a local distillery to sell local hand-sanitizer on your website next to your espresso blend, or figuring out how to plan when planning feels impossible. So please: call us, email us, ask us questions, share your concerns, joys, and frustrations with us. You’re not alone in this, and we're always up for a cup of coffee—even a virtual one.