As you may have heard, the current supply situation in Sumatra is extremely challenging. Prices and demand are the highest we have seen in years, and volume remains nearly unattainable. Atlas, along with others, has seen prices continue to rise, with conventional Sumatra Mandheling reaching differentials of nearly 200 usc/lb over NY "C", while FTO prices remain even higher. Additionally, there is a deepening supply crisis within the Gayo Region. One of our longtime FTO suppliers has let us know that production is at its lowest in over seven years.

The main factors contributing to this supply crunch are weather related and subsequent short selling. In many parts of Sumatra, especially in Aceh, producers are harvesting nearly 9 months per year. The slow months for many of our producer partners are considered to be June, July and August. During those months of 2017, there was a lack of rainfall after the first flowering. This caused subsequent flowering to be later than normal. This unusually dry weather prohibited fruit from reaching the full ripening process. One of our exporters estimates a 30% reduction in harvest due to coffee cherries not developing, while another says that later rains caused the loss of 50% of flowers on their crop.

North Sumatra has been experiencing similar difficulties as the Gayo Highlands.  Additionally, the eruption of the Sinabung Volcano has made matters worse by impacting areas like Sidikalang, Lintong and Fak-Fak.

Many exporters had sold forward contracts for container volumes, which is normal.  However, the later lack of supply resulted in a country wide panic with exporters trying to cover their contracts at any cost. The consequences of this are extremely high prices being paid for coffee to cover their shorts. Of course, this makes the local price climb even more, with no sign of budging. 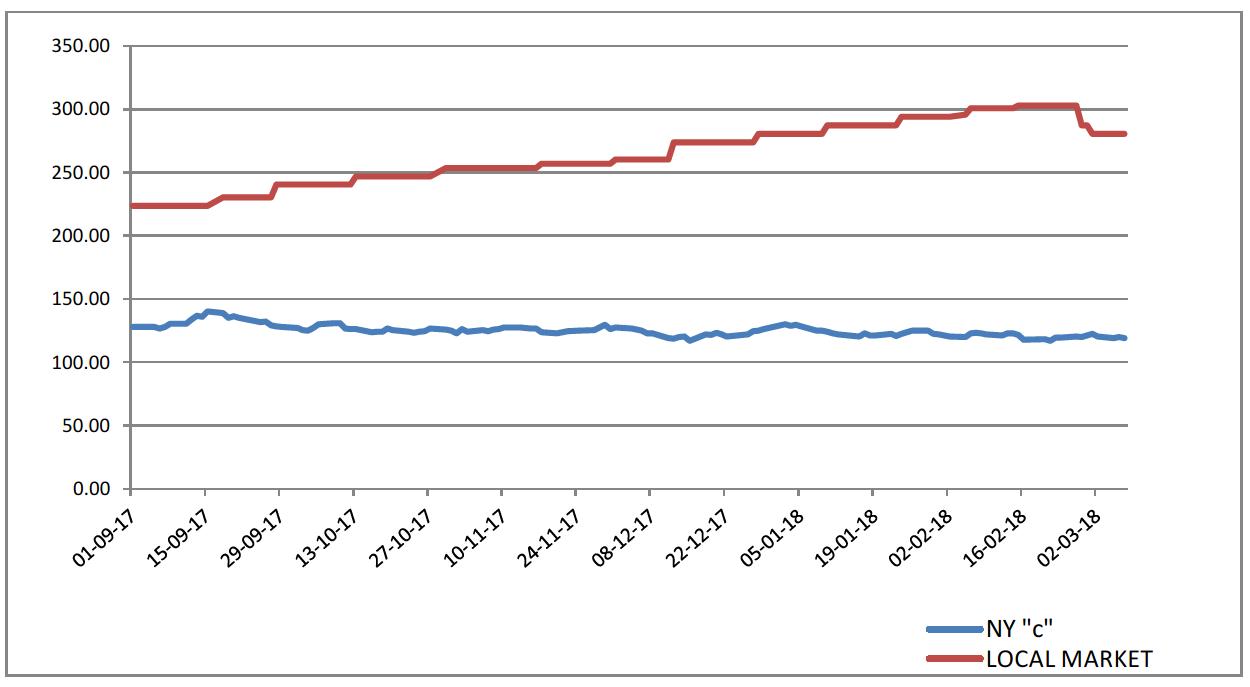 The good news is that our suppliers are reporting brighter times ahead. They have communicated that the current harvest has improved, and that trees are showing good signs for the September to November harvest. At this time, most suppliers (especially in Aceh) are not making contracts beyond May shipment because the local market remains so unpredictable. We have reports that prices may continue to rise until perhaps June or July. For now, we will try to remain patient. After all, predicting the internal Sumatra market is a foolish task, and we definitely will not be placing any bets.

If you are on the hunt for Sumatra, we are actively working on coming up with acceptable replacement options. We are also speaking with origin weekly to keep on top of the situation. We will provide any updates as soon as we have them. Thank you for your patience and remember: if you need to talk, we are just a phone call away!